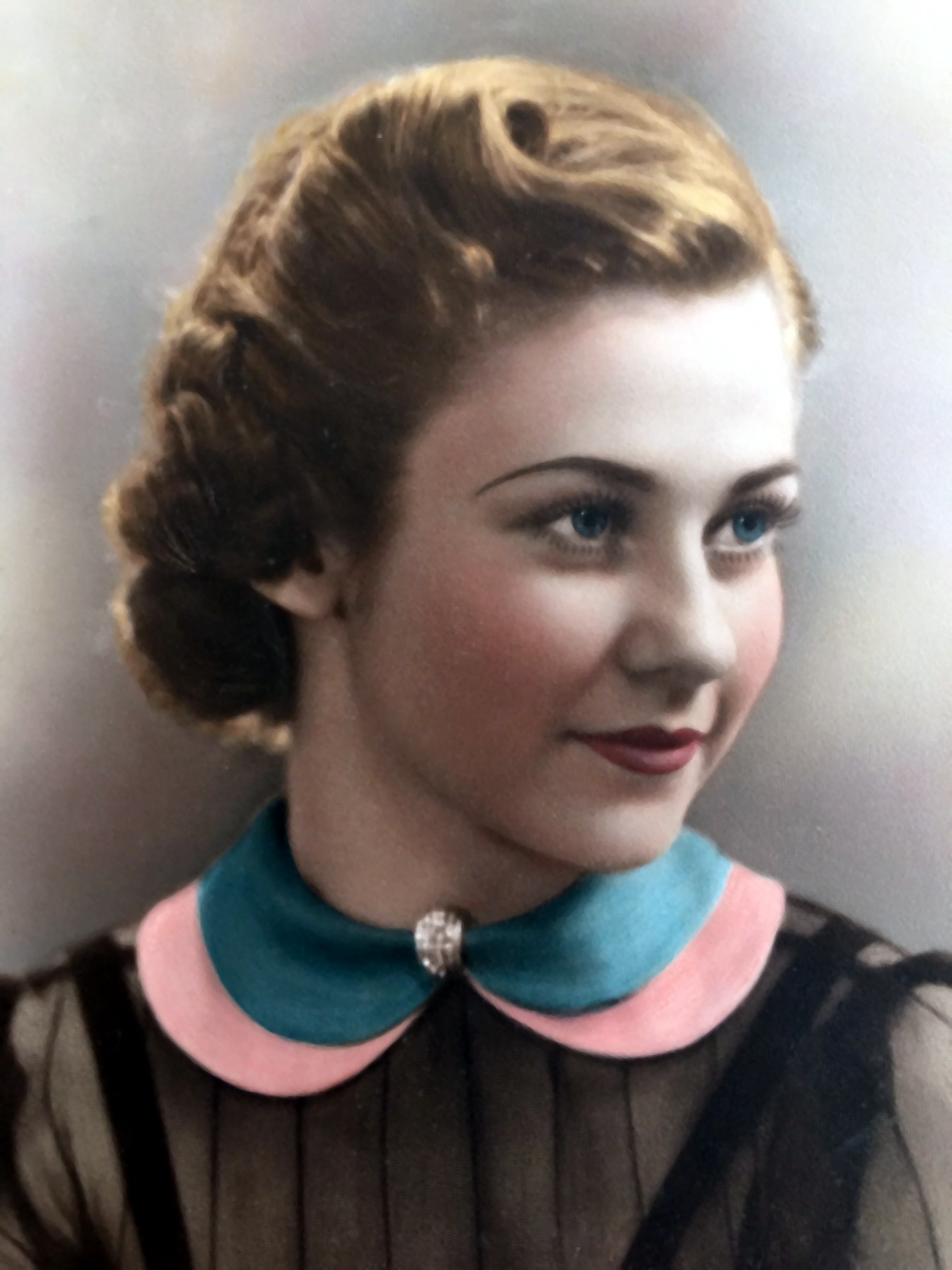 
Marge White passed away July 2, 2020, as a centenarian. She had been living at The Tradition retirement community in Dallas, Texas since 2014. Her family expresses its thanks to her friends there and The Tradition staff, all of whom were exceedingly kind and thoughtful of her.

Marge was born in Bryan, Texas, on February 17, 1920, to Robert Elmer Jones and Julia Olga Fuschak. Her dear mother passed when Marge was a teenager. Happily, her aunt and uncle, Martha and Bill Blazek, adopted her and gave her the blessings of a stable home.

She met Joe White, a student and National Championship football player at Texas A&M, in 1939. They were married in 1941, and shared 42 years of fulfilling marriage until Joe passed in 1983. Marge was tremendously supportive of Joe's career in the United States Army Air Corps, where he served in the China Burma Theatre and then the US Air Force Engineering Command (Col. USAF Ret).

They moved often as Joe's career progressed until he retired in 1964. They returned to College Station, Texas and enjoyed the Aggie community immensely, along with Grace Bible Church. They also lived part time in Powersite, Missouri, an area important to them due to their close family connection to Kanakuk/Kanakomo Kamps.

Marge worked happily for several Christian organizations when widowed. She was inspired by the First Presbyterian Church and the Navigators in Colorado Springs. Her close friend, Wendy Wilson, brought Marge to work with Biblical Education by Extension in Vienna, Austria, where they smuggled bibles into Iron Curtain countries. She also worked with the National Prayer Breakfast.
Her moto and strong belief was God's joy: "These things I have spoken to you, that My joy may remain in you, and that your joy may be full." John 15:11

Marge loved golf, bridge and bible study. She was a nutrition expert who persuaded the family her knowledge considerably improved her health and longevity. She was an avid fan of the Denver Broncos and Colorado Rockies.

Marge will be remembered and loved by her family and friends.

To order memorial trees or send flowers to the family in memory of Marjorie Helen “Marge” White, please visit our flower store.