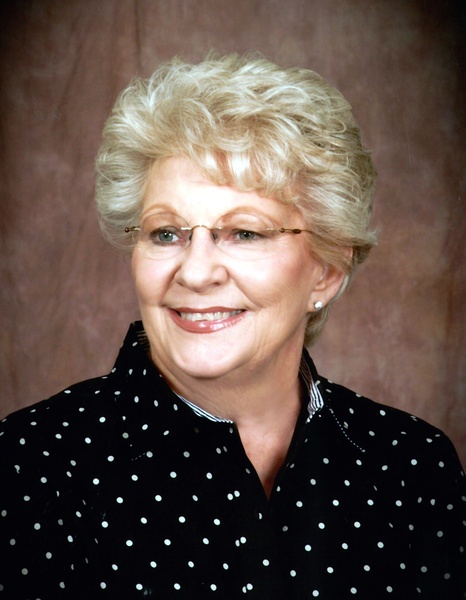 
Marilyn Tippitt Putz left peacefully to be with her Lord and Savior Jesus Christ at daybreak on October 26, 2021. She was 80 years young. Born January 26, 1941 in Brady, Texas. With the build up to WWII, her mother, Inez, and her grandparents raised her in Pharr, Texas during very difficult times. After the war, her dad, Tip, started a truck brokerage business and she had a wonderful childhood in what were boom times in the Rio Grande Valley. Always the popular fun-loving red head, she was a cheerleader at PSJA High School in Pharr.

During her senior year of high school, she met Bob Putz on a blind double date. He was a charming Aggie Band Cadet who hailed from Mission. They were married that summer on July 31, 1958 after which she moved into the infamous married student housing on the south side of the Texas A &M campus. While Bob studied, she perfected a bridge game she enjoyed her entire life.

Bob and Marilyn were blessed with two children, Robert Henry "Rob" Putz, Jr. and Marcia Lynn "Marci" Putz. She was homemaker and wife of a crop duster, an agricultural business owner, which meant that she was responsible for all things domestic. They had a home in Mission and a summer home in Hearne, as they operated a business out of both locations. A result of this was an abundance of friends and experiences from both communities.

Marilyn enjoyed community service being on the boards and in some cases serving as president of these charities including Junior League, Texas Citrus Fiesta, Gladys Porter Zoo, and the Hidalgo County Historical Museum while in Mission. Garden Club, Sewing Club and the P&M Bank Travel Club while in Hearne. Perhaps her most civic joy was being an Aggie Mom, where she served on the Federation Board giving her reason to spend a lot of time on campus and attend numerous Aggie Football Games. She also loved serving ten years as a docent at the George Bush Presidential Library.

Also known as Grammy, she loved her grandchildren and great grandchildren. This had them settle full time in Bryan to be close to them. They would be seen at all the kids' activities to show support and build relationships that will always be with them. More important than anything, she showed them the example of being Christ centered. She was a lifelong Methodist and served as a Trustee at Grace United Methodist Church in Hearne and First United Methodist Church in Bryan.

Following her husband Bob's death, she built a home in Miramont and developed even more friendships. She enjoyed bridge and Mahjong games with the ladies. The last years of her life were very happy times with family, friends, and Aggie sporting events.

Marilyn was preceded in death by her parents, Inez Meister and Ernest Austin Tippitt, her sister Kay Terenzio, and her husband, the love of her life, Robert Henry Putz, to whom she was married for 59 years. She is survived by her son, Robert Henry Putz, Jr and daughter-in-law Rhonda Redus Putz, her daughter Marcia Putz Godfrey and son-in-law David Howard Godfrey. Grammy will be missed by her grandchildren Kristin Godfrey Baird (husband Frank), Robert Austin "Bobby" Putz (wife Christin), Jennifer Putz Hogue (husband Grayson), and John Tyler Godfrey and great grandchildren Hunter Baird, Hudson Baird, and Camden Godfrey.

The family is receiving visitors at Hillier Funeral Home in Bryan on Sunday October 31st from 1:30 p.m.- 4:00 p.m. A memorial service will be held Monday November 1st at 11:00 a.m. at First United Methodist Church in Bryan, Rev. Rick Sitton officiating. A private family graveside service will be held later that afternoon.

Memorials can be made to First UMC Bryan, Grace UMC Hearne, or the Aggie Band Travel Fund c/o The Texas A&M Foundation.

To order memorial trees or send flowers to the family in memory of Marilyn Putz, please visit our flower store.