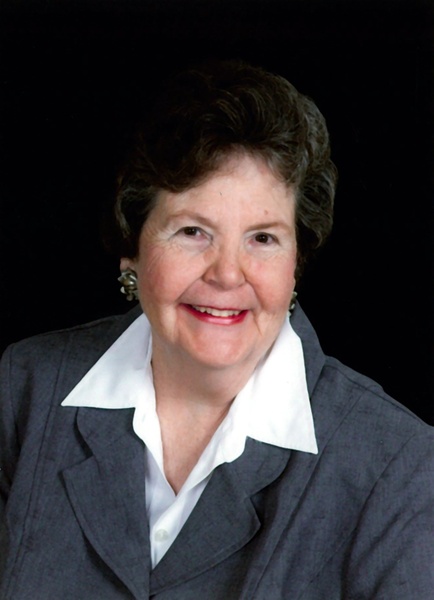 Marguerite Suzanne Chisholm, 85, passed away on Wednesday, April 20, at a local hospital in College Station. She was born on August 20, 1936 in El Centro, Colombia, South America to Fred Thomas Womble and Maude Muller (Watts) Womble. She was a 1954 graduate of San Marcos Baptist Academy, San Marcos, Texas and a 1959 graduate of Texas Woman’s University in Denton, Texas with a degree in Home Economics and Education.

Suzanne met Allen Newton Chisholm while he was serving in the U.S. Army at White Sands Missile Range, in New Mexico. They married June 27,1959 in Alamogordo, New Mexico. She spent several years teaching and then devoted herself as a full-time mother raising her five children. The family moved to follow Allen’s career opportunities taking them to Lancaster, California; Conroe, Texas; and then to Dhahran, Saudi Arabia. In 1996, they returned to Bryan/College Station to spend their retirement years together.

Suzanne was active in her church through the years. She taught junior high classes, ladies’ groups, and preschool children. Her first love was serving with the babies in the nursery and teaching 4 & 5 year-old Sunday School classes. She was an active member at First Baptist Church of Bryan since 1987. She had several hobbies which included reading, quilting, cross stitch, participating in community garden clubs, but most of all gardening.

Allen and Suzanne enjoyed many international travel opportunities, both while living in Saudi Arabia, and in retirement with their church group.  Trips to Alaska and Israel were highlights.  They treasured time in fellowship with friends including regular domino nights, and most of all, the many family reunions in Arkansas and family celebrations in College Station.

A loving wife, mother, and grandmother, Suzanne was preceded in death by her beloved husband of 60 years, Allen, and infant son, Paul; and survived by her five children, Christina (Perry) Webb, Robert Chisholm, Debbie (Mark) Alenius, Kathy (Danny) Kwasnica, and Carl Chisholm, who selflessly cared for his father in his final week, and moved back to College Station to care for his mother over the last two years. Suzanne and Allen were blessed to enjoy nine grandchildren and 6 great-grandchildren.