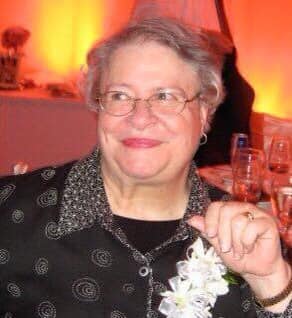 
Margaret Ann Oliver Agnor was born on April 8, 1936, in Graham, Texas, to Ivan Procter Oliver and Lois Kathryn Johnson Oliver. She left her earthly body on April 19, 2021, in College Station, Texas. She was a believer in Jesus Christ.

Margaret met Ben in the fourth grade, when her family moved to Marshall, Texas, in 1945. Margaret graduated as valedictorian of the Class of 1954 from Marshall High School. She attended The University of Texas and married Ben the year before she might have graduated from college. Ben graduated from Texas A&M University in 1958, and they moved many times with Ben's career as their family grew. Every place they lived, Margaret served the family as wife, mother, and homemaker. She also served in numerous volunteer roles in Texas, Georgia, Tennessee, and Indiana. Margaret served as a deacon for Second Presbyterian Church of Indianapolis. She also served as a deacon for Cumberland Presbyterian Church of Marshall, Texas. She served on numerous church committees and sang in church choirs throughout her life.

When Ben retired in 1987, he and Margaret returned to Marshall, Texas, with the intention of living out the rest of their lives there. While in Marshall, Margaret served as Chair of the Harrison County Historical Commission. She was also a leader for the Harrison County Historical Museum, Friends of the Library, and the Courthouse Preservation Council. She directed the handbell choir for two churches. Ben was District Governor for Rotary District 5830 in 2004-5. Margaret traveled extensively with Ben during that year, ably supporting him. The couple relocated to College Station in 2010.

Throughout her life, she was accomplished, shy but confident, and friendly, exhibiting the ability to navigate in diverse social settings. She sang, read, wrote, edited, cooked, baked, entertained, painted (watercolor and tole), sewed, spun, wove, quilted, embroidered, knitted, and crocheted. She enjoyed a good challenge, and she enjoyed teaching her children and other people who were interested in learning, passing along the knowledge that she had attained.

To order memorial trees or send flowers to the family in memory of Margaret Agnor, please visit our flower store.