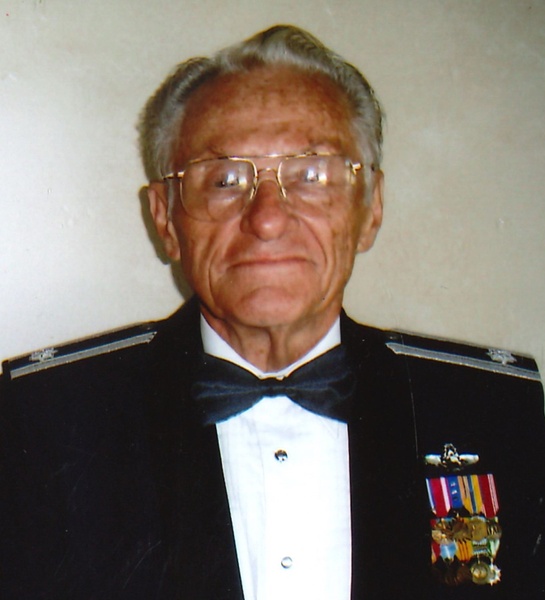 
Carl Norman Schaffhauser of Bryan, TX passed away Wednesday, December 1, 2021 at home surrounded by family, love, and laughter. He was 90 years young.

Born in Pittsburgh, PA, to first generation German immigrant parents, Carl was no stranger to hard work. Assimilating to the American culture, he joined the United States Air Force at age 19 and became a fighter pilot. He flew 237 missions during the Vietnam War piloting his favorite jet, the F-4 Phantom Fighter. While Carl became a decorated pilot, one of his most commendable awards was the Distinguished Flying Cross that he received for his heroism. Carl retired as Lieutenant Colonel after 23.5 years of faithful service. After his military career, he continued his love of flying as an instructor, private charter and corporate pilot.

It was while training at the old Bryan Air Base that Carl attended a social that would change his life forever. He had his eye on the best dancer at the party, Miss Patsy Foster. He asked her to dance and three years later, they married. Their hearts danced together through 61 years of marriage until Patsy's passing in 2017. And be it known that not only was Patsy the best dancer, she was also the BEST cook!

Carl was a positive person with a deep work ethic. He believed in always doing your best because "anything worth doing is worth doing right." He was a man of his word, dependable, and a reliable friend to many. Most of all, Carl was a loving husband, a loyally devoted father and an extraordinarily wonderful grandfather. He cherished family above all else. He loved family gatherings, vacations, and holidays…especially Christmas!

Carl will be reunited with his wife, Patsy Foster Schaffhauser, parents, sister, siblings-in-law, and many dear friends. To carry on his legacy are his children, Karla Schaffhauser Wakefield and husband, Parten and Kathy Schaffhauser Barker and husband, Greg; grandchildren, Jamie & Robb Schkade , Justin Barker, and Jason & Kristen Barker. He will be missed by his great-grandchildren, Shelby Barker, Lane Barker, Emma Schkade, Landon Barker, and Rhett Schkade; sister-in-law, Naomi Goodlett and a whole passel of much loved nieces and nephews.

The family would like to thank Mary Hutchinson for being their angel on Earth, caring for both Patsy and Carl during the most difficult times. They also thank Deb Alewine for her loving care of Carl throughout his final chapter. Special thanks to long-time family friend, Cathy Godfrey, for her friendship and making Carl's final few years less lonely.

A celebration of Carl's life will begin with a visitation on Sunday, December 12, 2021 at 1:00 p.m. at Hillier of BRYAN with the service to begin at 2:00 p.m. Carl will be laid to rest next to his beloved Patsy at Steep Hollow Cemetery following the service.

To order memorial trees or send flowers to the family in memory of Lt. Col. Carl Schaffhauser (Ret.), please visit our flower store.