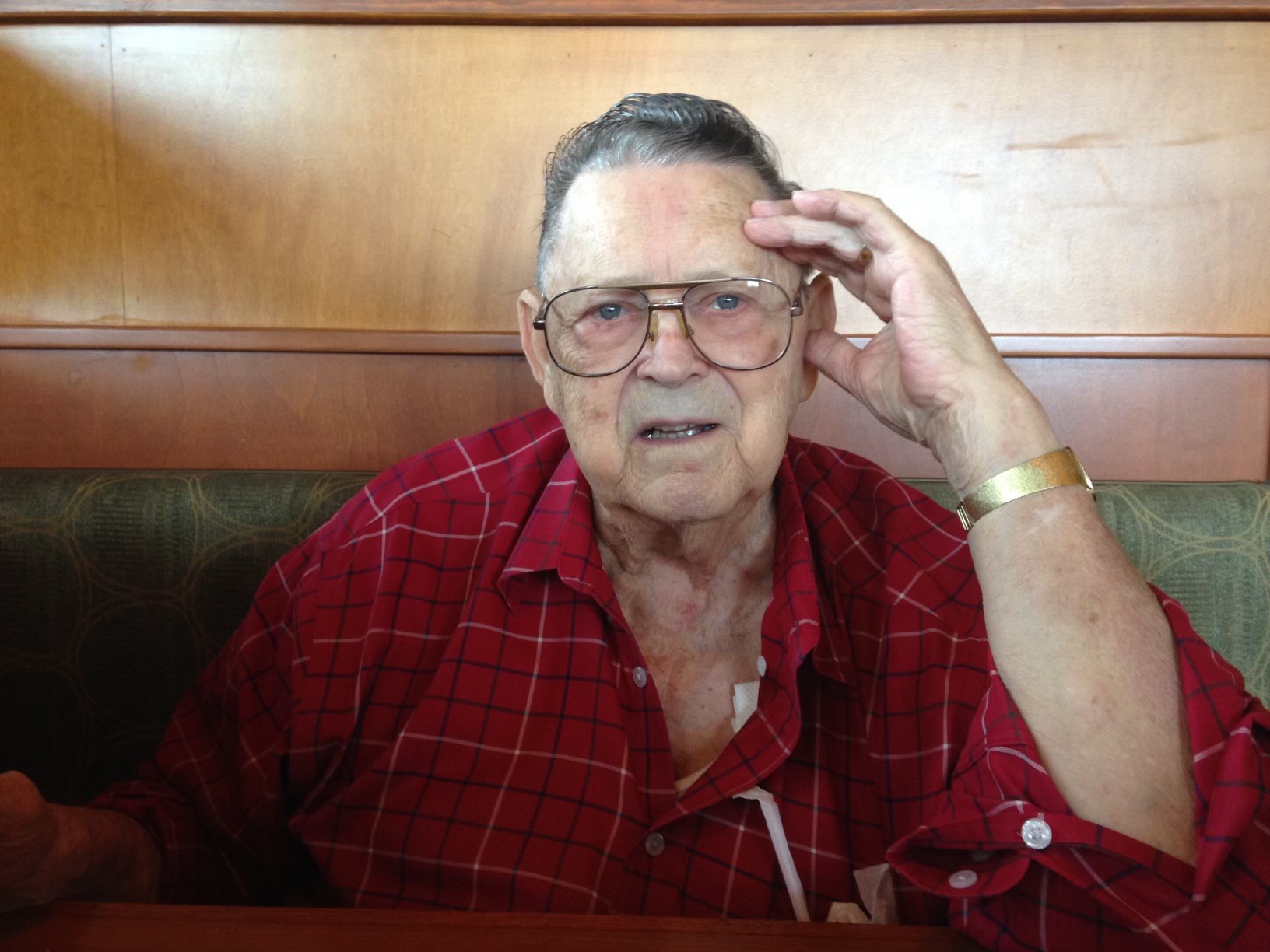 Louis Thomas Fickey, 90, of Bryan TX, entered into eternal rest on January 23, 2022 with his loving family surrounding him.

Louis was born in Kurten, Texas, on August 21, 1931, to parents Joseph Antone and Alma Hattie Hinz Fickey. Louis attended Kurten School until 8th grade then moved to Lamar Jr. High then to Stephen J Austin where he began his love of playing basketball. He played for 2 years where he was captain of the team for both years. He then attended Allen Military College on a basketball scholarship where he also was the captain of the team during his time there and was the third highest scorer in the State of Texas. Also during his time At Allen Military College, Louis earned the rank of Staff Sergeant Major. While attending Allen, Louis had the opportunity to build three chicken houses for raising fryers. He then moved to laying hens where he would then sell the eggs to Bush Hospital in Galveston. After his time at Allen, Louis then started his aggie journey by accepting a basketball scholarship to Texas A&M University where he majored in Psychology and Sociology. While attending A&M he met what would soon be the love of his life, Dorothy. They then would be married on July, 10 1954.

Louis started working for CIT as a field agent where he would work to help start the Feather Crest Farm with Bob Mayfield, Louis and Dorothy then moved to Odessa, TX in 1956 with their first-born son, Bobby Louis who was born on June 15th, 1956. Shortly after his birth they moved to Corpus Christi and went to work for White Stores Inc. Their second son, Mark Joseph who was born on May 11, 1957, then moved back to Bryan in 1957 where he worked for 3M Company. They then moved back to Odessa where he then went to work for Buick and Cadillac Dealership where he gained experience to move and work for Broncho Chevrolet where he advanced to Operations Manager.

In 1964, they moved to Scotsdale to work for a new Chevrolet Dealership for a short 5-month period where Louis was then moved back to Odessa to continue working for Broncho Chevrolet until 1968 when they made their final move back to Bryan and began selling Wholesale jewelry. Louis then opened America Pawn Shop and operated it for 27 years with the help of his loving wife and sons. Over the years during his time back in Bryan, he raised Cattle, Sheep, and over 4,000 Parakeets.

Louis is remembered as a proud and devoted Catholic, a loving husband, a caring father, and someone a friend could count on.

He is preceded in death by his son Jay Matthew Fickey; his parents Joe and Alma Fickey; his brothers Raymond, Lawrence, and Ernest Fickey; his sister Charlotte

To order memorial trees or send flowers to the family in memory of Louis Fickey, please visit our flower store.