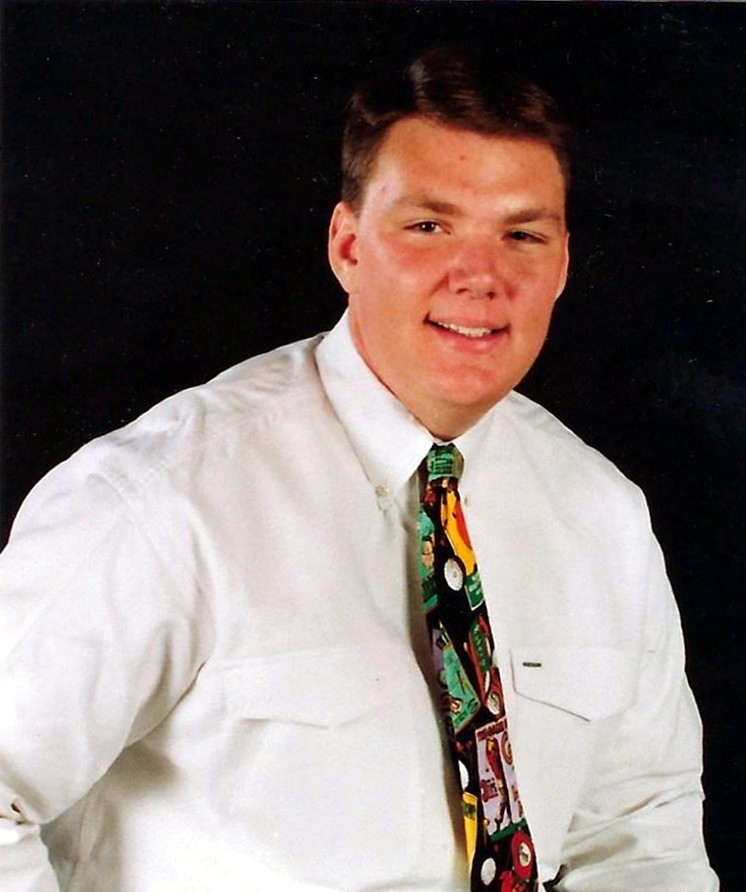 Leonard was born in April of 1974, in Wichita Falls, Texas, to his parents, Leonard and Deborah Callaway. Leonard grew up in Fort Worth and then Aledo, before moving to College Station to attend Texas A&M University. Leonard was a part of the Fightin' Texas Aggies Class of '98. He graduated with a Bachelor of Arts, also earning several graduate certificates from The Bush School of Government and Public Service in '16.

Leonard was a proud Aggie, and loved all things Texas A&M. While at Texas A&M, he was on the student senate and wrote for The Battalion Newspaper. Writing was his passion, along with his love of books. He enjoyed following politics as well. He was also a member of The Association of Former Students at Texas A&M. One of his most prized possessions was his Aggie ring. He was proud to be third generation Aggie. His Grandfather L.C. Callaway was '42, his Father Leonard A. Callaway Sr. is '69 and his sister Amy Callaway Morris is '99.

Leonard loved spending time with his family. He cherished many family cruises and ski vacations over the years. He also spent time going on hunting trips with his father, grandfather, and uncles. Some of his fondest memories were on these trips with his family. He was also passionate about Texas Red Dirt Country Music and met many musicians and artists over the years when he was employed in the Texas music industry. He loved that season of his life!

Leonard was a fun, outgoing, and friendly guy with a larger-than-life personality. He never met a stranger! He had a great sense of humor, always the one to keep people in stitches laughing. He was just a big teddy bear! He will be missed deeply by his many friends, family, and loved ones.

Leonard will be reunited in Heaven with his paternal grandfather, L.C. Callaway; paternal great-grandmother, Ella Bass; maternal grandparents, Delbert and Jo Adkins; and many friends who passed before their time.

The family would like to give a special thanks to his lifelong best friend, Spencer Watts, for always being a good friend to Leonard.

They would also like to thank James and Meredith Olson from The Bush School for being such special mentors and friends to him during his time on campus at Texas A&M.

Due to COVID, there will be no services held at this time.

To order memorial trees or send flowers to the family in memory of Leonard Callaway II, please visit our flower store.