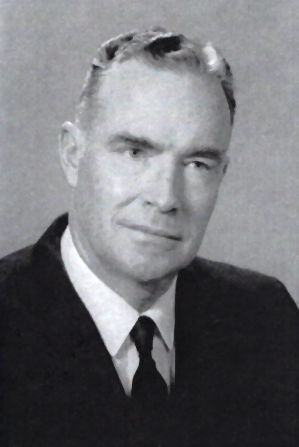 At the time of his passing, he was the oldest living Texas A&M Aggie.

He was born in Guymon, OK, on January 2, 1914, to the late Hugh Eynon James and Zeppa Alice Estlack. When he was five years old, the family moved to Texas.

As a boy growing up in the early nineteen hundreds, he saw a different world. He lived with his family in a half dugout house in Spearman, TX, for two years before they built a standard home. His family also had a Willys-Knight touring car. They enjoyed going camping in New Mexico. His father attached a chuck box to carry food and cooking supplies on the back of the car. The running boards held suitcases and camping gear. As a teenager, he worked as a cowhand at his Uncle T.O. James' ranch in Clayton, NM.

He graduated from Temple High School. He was a member of the State Champion Temple High School Basketball team in 1931-32. He then graduated from Texas A&M University with a degree in Agriculture and a commission in the US Army in 1936. After basic training, he interviewed at Texas A&M for a job to obtain his master's degree in Biology. He later earned a second masters from Northwestern State College in Natchitoches, LA.

Col. James' military service took him around the world. He served in the China, Burma, and India Theater in WWII. He later served in Greece, the Philippines, and Korea in the fifties soon after the war was over. He retired with 27 ½ years of service.

Lee James' life was blessed by three lovely ladies who all predeceased him. His first wife was Leona Egan, the second was Kay Hamm, and the third was Bettye Gattis, whom he married when she was 59 and he was 71 years old. They were happily married for 25 years before Bettye went home to the Lord.

He enjoyed a long and happy life. He credited that to doing all things in moderation, exercising regularly, and having strong faith. He loved God, family, and friends.

He leaves his legacy to be cherished by his three daughters, LeLone James Jones of Columbus, GA, Marsha Elliott of Rockwall, TX, and Sandra Anderson (Andy) of Port Aransas, TX. Also by seven grandchildren, twelve great-grandchildren, and many of his loving family members.

He will be buried at Bryan City Cemetery on December 18th, with military honors and Masonic Rites. It will be a private ceremony, attended by family according to COVID restrictions.

To plant a tree in memory of Lee E. James, please click here.

Your browser does not support this video format. You should be able to view it in Chrome, Safari or Internet Explorer.
To order memorial trees or send flowers to the family in memory of Lee E. James, please visit our flower store.