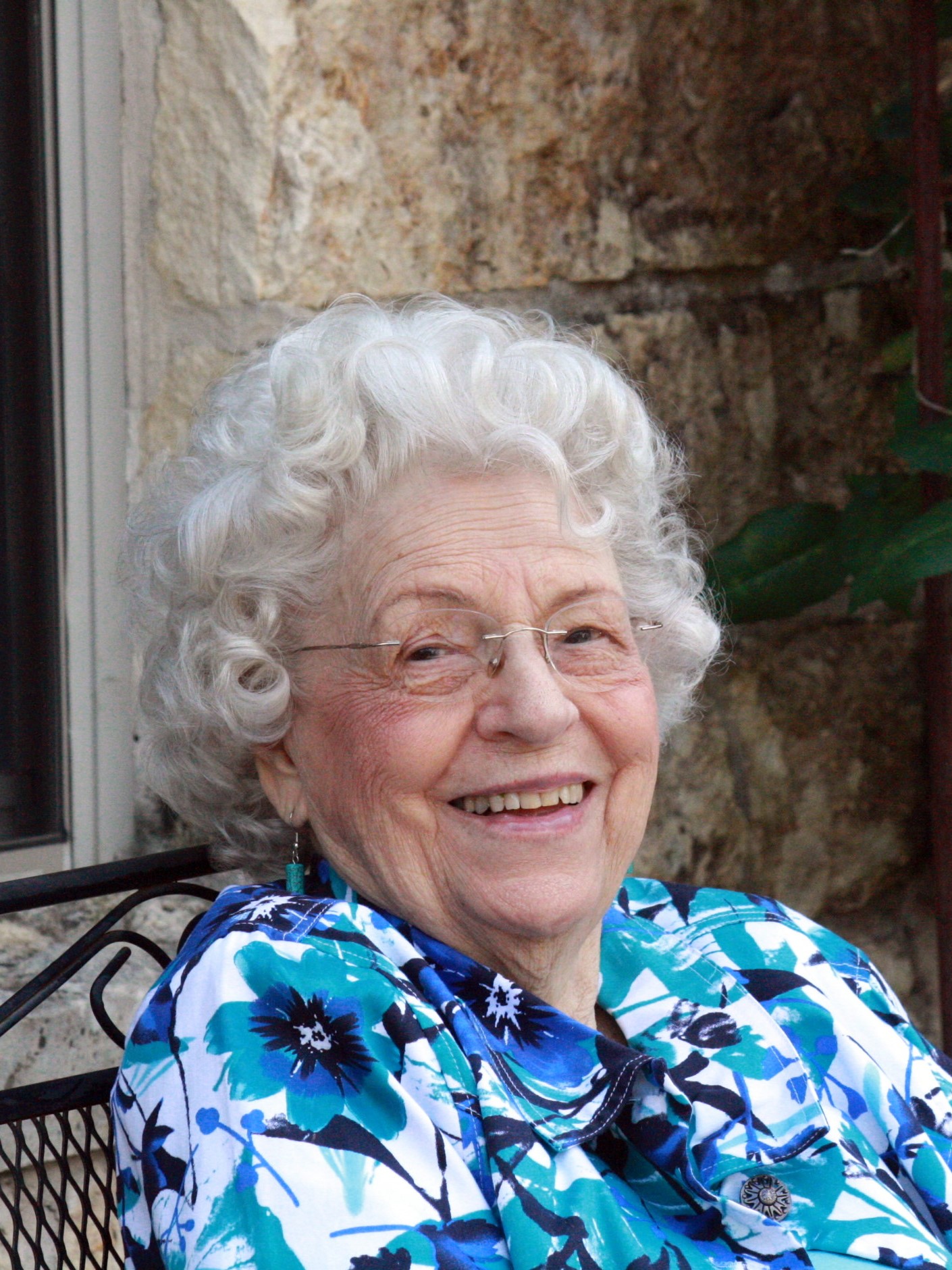 LaVerne was born in Houston, on December 27, 1917, to Alfred "Pete" Oatis and Nina Charlotte Canterbury. She was an only child who enjoyed reading, playing the piano, and playing with neighborhood chums. LaVerne graduated from San Jacinto High School in Houston. After graduating her mother gave her $100 to go to Business School. She went on to work for the gas company in Houston.

LaVerne met her soulmate, Arthur Garfield "Red" Robinson Jr., in 1939, when she was 21 years old, at a Trinity Episcopal Church young adult group. They loved to go out dancing and see live music, especially Big Band music. LaVerne and Red married on October 22, 1943, while Red was on a 3-day Army pass in Los Angeles, California. The Robinsons returned to Houston, where Red founded the Robinson Public Warehouse on Allen Parkway and Studemont. Together they started a family, welcoming Charles Edward Robinson and Carol Lynn Robinson Mullins into this world. LaVerne was a dedicated mother, always there for her children. Her family's happiness was her driving force in life, because after all is said and done, family is all we have. As LaVerne would say, "Isn't that the truth!"

LaVerne and Red loved to travel. They took several long road trips when Carol and Charlie were growing up, and they enjoyed many more during their "bonus years" together. They went on a Bus Tour in Great Britain and Mediterranean and Scandanavian Cruises. When they weren't traveling, LaVerne was an avid reader of historical novels and non-fiction with an uncanny memory for details.

LaVerne will be remembered for her calming and gentle soul, her ready smile, and her quick laugh. She was kind and selfless, always putting others' happiness before her own. She took the hard times in life in stride, and always maintained her wonderful disposition. An eternal optimist, LaVerne found the silver lining in every situation.

Visitation will be held from 6-8 pm, on Friday, July 17th, 2020 at Hillier Funeral Home in BRYAN. A private family service will be held at St. Andrew's Episcopal Church. LaVerne will then be buried beside her beloved husband of 60 years at 3 pm on Saturday, July 18, at Forest Park Lawndale in Houston.

In lieu of flowers, donations may be made to St. Andrew's Episcopal Church or MRC Crestview.

To order memorial trees or send flowers to the family in memory of LaVerne Robinson, please visit our flower store.