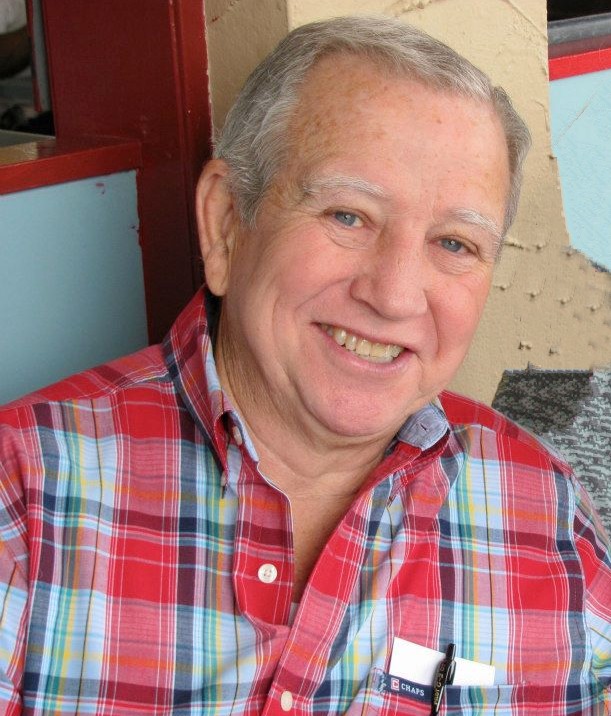 Kenneth Page Martin was born February 11, 1942 at his grandparents' farmhouse in Josephine, Texas. His parents, Edgar and Opal Martin, raised him and his siblings, Ray, Jean, Carol Jane, and Eddie, in East Texas and Oklahoma. When he was 19, he married Diane Clary in Henderson, Texas and moved to Abilene, Texas to attend Abilene Christian University. He was a full-time student majoring in Biblical Studies and working full-time at Sears, where he was promoted to service manager prior to graduation. Soon after graduation, he left Sears, took his $3000 in savings, along with Diane and their two sons, Kip and Koby, and started his restaurant business in Austin. He often said he was educated there in the school of hard knocks.

Ken loved his family and church family, as well as his community and his work. He always knew he was in the people business and just happened to serve food, especially when this service brought him into contact with the Bryan Vikings and other schools and groups in the community. His work included not only the businesses, but also his service to his church of 50 years, the A&M Church of Christ, where he taught, led, and served, especially in marriage enrichment. His service to an organization called Better Marriages (bettermarriages.org) further reflected his commitment to marriage enrichment. Camp of the Hills, a Christian camp near Marble Falls that hosts groups of children from low-income communities across Texas, also held a special place in his heart. While at Camp, he sensed the beauty of God not only in the majestic surroundings, but also in the love of the campers, the volunteers, the counselors, the staff, and the daily-shared message of Jesus.

God gifted Ken in many ways, empowering him to continue to grow throughout his life. Ken learned to walk even more closely with God during his eleven year battle with cancer. He was deeply grateful to God for all his blessings, especially all those who prayed for him, served him, and helped him during this time.

Ken trusted God's love and grace in Jesus, and was at peace at Camp Creek when he went home to be with Him on September 15, 2019. Ken cherished his family, which included his wife Diane of 58 years, his daughter Mindy, and his sons, Kip, Koby, Kyle and Kraig. Over the years, his family grew to include 14 grandchildren and 2 great-grandchildren, as well as others who were part of the family, including a nephew and his son, Chris and Aaron. He had a special love for his 14 grandchildren, Kayla, Kelsey, Lianne, Hunter, Aaron, Vivian, Luke, Haylie, Melanie, Jacob, Connor, Cooper, Lela, and Jed. Too early he left his great-grandchildren, Kyle and Aubrey, and their father, Drew. He was deeply grateful for the love of his children's spouses, Crystal, Amy, Bryan, and Susan, as well as Marilyn, and her son, Christopher.

If Ken knew you, he loved you, and he wanted you to know that God loves you.

There will be a Celebration of Life will be held at 10 am, Saturday, September 21, 2019 at the A&M Church of Christ, with a reception following afterwards.

To order memorial trees or send flowers to the family in memory of Ken Martin, please visit our flower store.