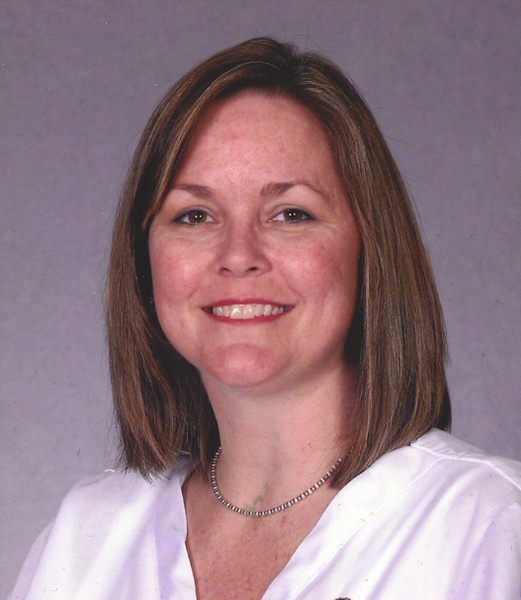 Kathleen’s smile could light up a room and have everyone laughing due to her fun-loving and life-of-the-party nature.

Growing up in Victoria and Clear Lake, Texas, Kathleen graduated from Clear Lake High School. After winning the 5A State Volleyball Championships in 1983-1984 and 1984-1985, she earned a scholarship to Wharton Junior College. She had a most unusual, but effective, volleyball serve and she and her teammates were recently inducted into the Clear Lake High School Athletic Hall of Fame.

In her youth, she played Super Mario Bros to the highest level. After several evasive moves and her father continuing to yell for her to “jump in the hole”, she did. It was “game over”; she turned to him and he said, “Sorry.” But when asked what she wanted to be when she grew up, Kathleen would always say, “A nurse with a chicken.”

Kathleen met Jimmy Mynar through a mutual friend and asked him to tutor her in college Algebra, enabling her admission to nursing school. They soon married in Las Vegas and returned every anniversary to celebrate for the next 16 years. She received an Associate’s Degree in Nursing from Blinn College and subsequently worked in Oncology until her passing.

Nursing and family, especially her grandchildren, were important things in her life, but her greatest days included her marriage to Jimmy, and the birth of her son, Garrett. She loved caring for others and lived life to the fullest. She assisted with “Relay for Life” events, loved her trips to Las Vegas, playing with her grandchildren, putting jigsaw puzzles together, and dancing – despite Jimmy’s two left feet. She enjoyed watching Olympic volleyball and ice skating, playing Angry Birds, and winning at board games. A game of her own design when the boys were young was called “Freeze Out”; driving on a cold night with the moon roof and windows open, singing loudly to the radio. With the object being the last one to roll up the window – Kathleen always won! She loved Christmas with a passion and decorated her house to the hilt; inside decorations remained on display until spring break each year.

Kathleen has been reunited with her father, Doug Riley; and her grandparents.

The family wishes to acknowledge the exceptional care given by the nurses, physicians, and staff at St. Joseph Regional Health System.