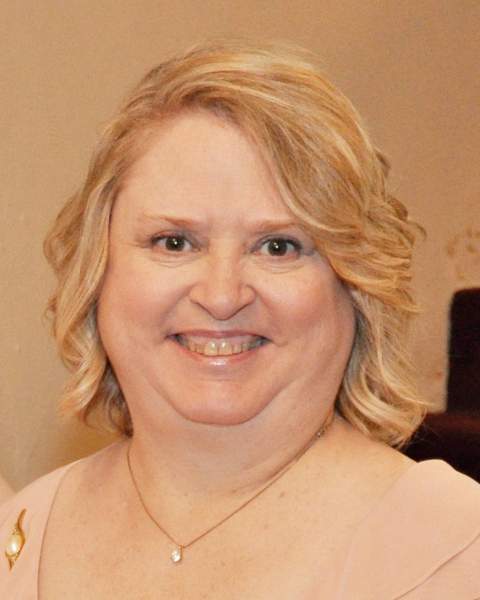 Karla was born August 29, 1956 and grew up in Galena Park, Texas. She will be remembered for her perseverance, encouragement of others, a work ethic to succeed, her passion, her sweetness, and her positivity – no matter how bad she felt, she ALWAYS dressed up for dialysis with makeup, hair done, jewelry, and a cute outfit with matching shoes.

She played the flute, piccolo, and oboe in the Marching and Concert Bands. She participated in UIL Science, JETS, and was a twirler. In the top ten of graduates at Galena High School in 1974, she was also a graduate of Texas Woman’s University, earned a BS in Biology in 1978, and earned her secondary science teacher certification at University of Texas - Arlington.  A high school science teacher recruited by several different schools throughout her career, Karla taught AP Biology, AP Environmental Science, Biology, Honors Biology, Human Anatomy and Physiology, Environmental Science, and Integrated Physics and Chemistry. She received the Outstanding Secondary Science Teacher of the Brazos Valley from the TAMU Society of Sigma XI, Science Teacher of Excellence at Georgetown ISD in 1999, Science Teacher of Distinction at Anderson-Shiro CISD in 2008, and served on the National FFA Task Force to develop the Agri-Science Fair program in 1997; she held out for the research aspect because “if they don’t do research, it’s just a demonstration.”

She was a member of Beta Sigma Phi Sorority in Round Rock, Texas, Bryan Chapter #222 OES, Texas Association of Biology Teachers, National Association of Biology Teachers, and the National Science Teachers Association. She was recruited by Texas Rural Systemic Initiative and spent two years designing and delivering high-quality professional development to science teachers in rural Brazos Valley schools. She worked to develop beginning teachers at Pflugerville, Navasota, and Anderson-Shiro; led the demonstration site for TLTG’s video-enhanced instruction platform from 1991 - 1993 and trained other teachers to use the new technology; and served on two building committees in different ISDs for science facilities. After being diagnosed with end-stage renal disease, she continued to teach AP Biology and Biology for the next 18 months, retiring in 2011.

Karla met Kirk C. Edney at a wedding rehearsal party for mutual college roommates in Houston in 1976. They married February 24, 1979 and lived together until her passing. Great days in her life were the birth of her daughter in 1983, her daughter’s TAMU graduation, her husband’s hooding in 2009, and her daughter’s wedding. She loved wreathing, crafting, traveling, learning about science in the world around us, book studies, and dining across Texas. Her most recent outings were evaluating chicken-fried steak. She also enjoyed traveling with friends to Big Bend, Fredericksburg, and Port Aransas, the annual Alexander family reunions in Doddridge, Arkansas, Walt Disney World, and Young Farmer trips. With a deeply personal faith, she was baptized into the Baptist denomination, converted to the United Methodist Church in 1978, and was a member of Christ Church UMC in College Station; she loved participating in book studies and Disciple Training.

Karla has been reunited in Heaven with her parents, William Firney Alexander and Martha Lou Roberts Alexander; grandparents, Alvin and Marie Roberts; and in-laws, Pat and Buddy Edney.

The family would like to acknowledge Tish, the nurses, and staff at Fresenius Dialysis in College Station; Dr. Frederick Tan; the Yell family; the CV ICU crew, Dr. Loyalka, Dr. Porat and his staff, and Dr. Dorarajan at Houston Heart/HCA Medical Center; Ms. Jennifer Milholland; and Regina’s nurses, Rosie, Yunior, Mieghan, Dominik, Armando, Alberto, Chrissy, and so many, many others including security, dining and food service, and clean team.

In lieu of flowers, donations may be made in Karla’s honor to the following organizations:

To order memorial trees or send flowers to the family in memory of Karla Regina Alexander Edney, please visit our flower store.