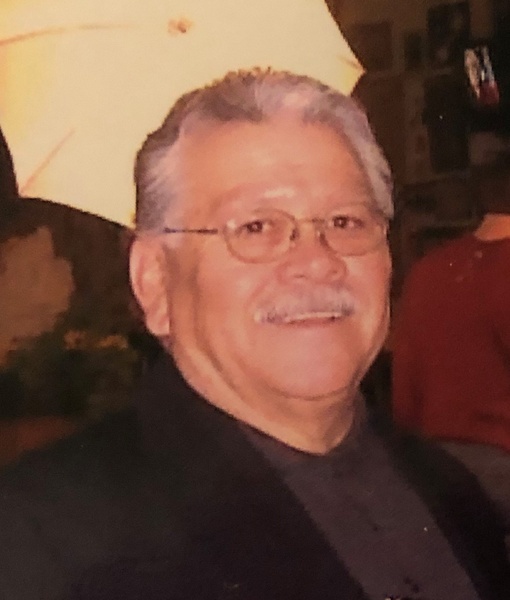 Julian "JC" Cedillo passed away on Thursday, December 19, 2019 to go be with his Lord and Savior.

Julian was born on December 20, 1942, to his parents, Vicente Orozco Cedillo and Antonia Olivarez Cedillo, in Caldwell, Texas. Julian was raised in Caldwell with his siblings, Petra "Patsy" Cedillo Espinoza, Agnes O. Cedillo, Lucy Pair, Benny Cedillo, and Alfonso Cedillo. He spent most of his childhood playing in the creeks with his cousins, United State Army Ret. Mack Maldonado and United State Army Ret. Lupe Maldonado, fishing! Julian attended Caldwell Elementary, and after moving to Bryan in 1958, graduated from Stephen F. Austin.

Julian and his sister Patsy owned and managed a restaurant, Los Nortenos, in downtown Bryan for years as a family business. He recently worked for Wess Security at Texas A&M Sporting events as well. He enjoyed his work, but enjoyed a good time with his friends and family more, especially his close friends Lee and Ambrose Barron!

Julian has two daughters, Juliette Zedillo Lopez and Suzette Palmer Whitehead, who gave him his beloved grandchildren, Christopher, Jimmy, Tyler, Jack, and Joey and U.S. Airfare Pvt. Bridgette Gutierrez. Julian enjoyed being around his family, especially his grandchildren, nieces, and nephews. He enjoyed many trips with family to Colorado, Florida, and other places. Julian loved to travel!

Julian enjoyed billiards, and played competitively, often winning in many local tournaments. The most important things to him were his family, friends, and of course the love of the game billiards. Julian was known to be an excellent dancer! Julian also supported many local charities including the local Bryan Police Department, Brazos County Sheriffs Office, Knights of Columbus, and served as an usher for St. Anthony's Catholic Church.

Julian is preceded in death by his parents, Antonia Olivarez Cedillo and Vicente Orozco Cedillo; his sister, Petra "Patsy" Cedillo; and his brother, Benny Cedillo.

To order memorial trees or send flowers to the family in memory of Julian "JC" Cedillo, please visit our flower store.