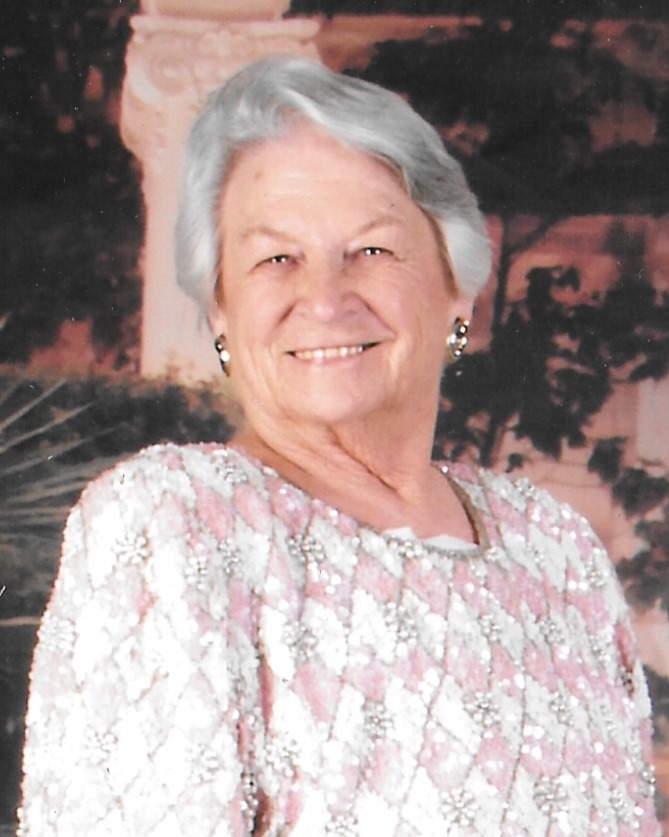 She was born in Brownwood, Texas on June 16, 1929 to Earl Warren “Doc” Gill and Helen Louise (Kemp) Gill.  Much of her life was spent on the family ranch at Whon, Texas in Coleman County.  She graduated from High School in Santa Anna, Texas and attended college in Denton, Texas at Texas Women’s College.

She dropped out of college in 1947 to marry the love of her life, Roy Belvin England and together they had three children, Michael, Cynthia, and Janna. They had been married for 59 years at his death in 2006.

She retired from the Texas A&M Computer Services Center after 19 years and enjoyed golf, bridge and travel during her retirement of 40 years.

She found comfort in her faith and attended church regularly until her health began to fail.

She was a friend to everyone and a source of love and guidance to her family. She was a devoted fan of the Texas A&M Women’s Softball team.

In lieu of flowers, please consider a memorial donation to the American Diabetes Association.