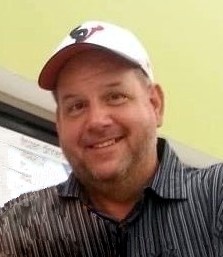 Joe was born on February 22, 1964, in San Antonio, Texas. He grew up there and graduated from Churchill High School.

Joe was an excellent irrigator with many years of experience. When not at work, baseball was one of his favorite pastimes.

Caring and compassionate, he took in his great-nephew, Jacob Sanchez Jr., and raised him as his son. Joe worked hard to impart to him the wisdom he had gained through the years and was very proud of the young man Jake was becoming.

Joe will be dearly missed by his friends and family who knew and loved him. He was a good man.

A visitation will be held from 5:30-7:30 pm, with a Rosary and Vigil Service to begin at 7:00 pm, on Monday, June 1, 2020, at Hillier Funeral Home of COLLEGE STATION. A Mass of Christian Burial will begin at 10 am on Tuesday, June 2, 2020 at St. Thomas Aquinas Catholic Church. Following a reception at the church, graveside services with final military honors will begin at 12:30 pm, at Mount Calvary Catholic Cemetery.

To order memorial trees or send flowers to the family in memory of Joseph McFall, please visit our flower store.