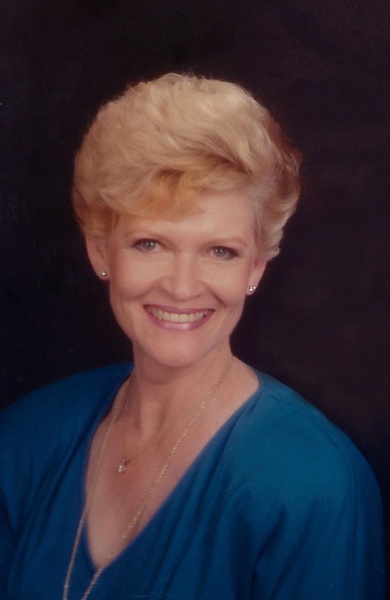 
Jonette Boudreaux was lovingly relinquished back to Jesus on December 18, 2019, and has rejoined her beloved, Charles Boudreaux, in Heaven.

A Mass of Christian Burial will be held at 11:00am on Saturday, December 28, 2019, in St. Joseph Catholic Church, 507 E. 26th St., Bryan, Texas.
Joey led an exemplary life of love, faith and perseverance and leaves behind an adoring family who will miss her tremendously. She was preceded in death by Charles Boudreaux in October of 2018. She is survived by son Kyle Johnson; son Drew Johnson and wife Gina; daughter, KanDee Mirtsching; stepson Ron Boudreaux and wife Cindy; stepson Barry6 Boudreaux and wife Ninfa; and stepdaughter Vickie Naquin and husband Reagan. She also leaves two sisters, Lee Cargill, Barbara Cargill; brother, Bobby Hall and wife Judy. Her extended family included twenty grandchildren and twenty-five great-grandchildren.

Joey was born in San Antonio and grew up in Three Rivers, Texas. She graduated college with a B.S. in Education and Psychology from Southwestern University in Georgetown, Texas, and was honored as Most Beautiful from her senior class.

First and foremost, Joey was a patient, giving mother for three grateful kids. She indulged and encouraged their imagination, she led by example to teach them the important lessons of life and sometimes demanded that they step out of their comfort zones to give new interests a more serious effort. In her professional life, Joey was a lifelong educator, teaching K-5 in three different Texas school districts: San Antonio, Houston and Austin. In the Houston ISD, she was honored by her school with the Teacher of the Year Award.

Through personal example she taught others how to be the best person, wife, mother, stepmother, grandmother, friend and neighbor one could be. She embodied the spirit of positive thought; never speaking an unkind word, always looking for the bright spot in challenging circumstances; and always pushing forward rather than lamenting the past.

Besides family, Joey had a huge passion for dance. As in every other pursuit she undertook she devoted herself to becoming the best she could be. After having taken ballroom dance lessons for a few years, she and her coach entered and won the National Championship for Ballroom Dancing in Miami. However, a bigger reward would follow, for not very long after that accomplishment, she would completely capture the heart of one Charles Boudreaux upon their chance meeting at a ballroom dance club outside of Austin.
Joey loved social settings and entertaining; she was a natural hostess. She and Charlie relished hosting dinner parties and family gatherings. They later became co-chairs of the Houston Petroleum Club Dance Committee and when they weren't behind the scenes making sure everything went off without a hitch they wowed and inspired those around them on the dance floor with their grace and beauty.
When her advancing age took its toll on her physical grace Joey maintained her dignity, mental and emotional grace that was an inspiration to those close to her. No matter her distresses, she was concerned about the wellbeing of her family first and foremost. No matter the state of her own personal discouragement, she always had an encouraging word for others. All those who knew her came to love her. After a year apart, Joey has rejoined Charlie; the dance that began forty years ago on Earth, now renews for eternity in the company of Angels.

To order memorial trees or send flowers to the family in memory of Jonette Boudreaux, please visit our flower store.