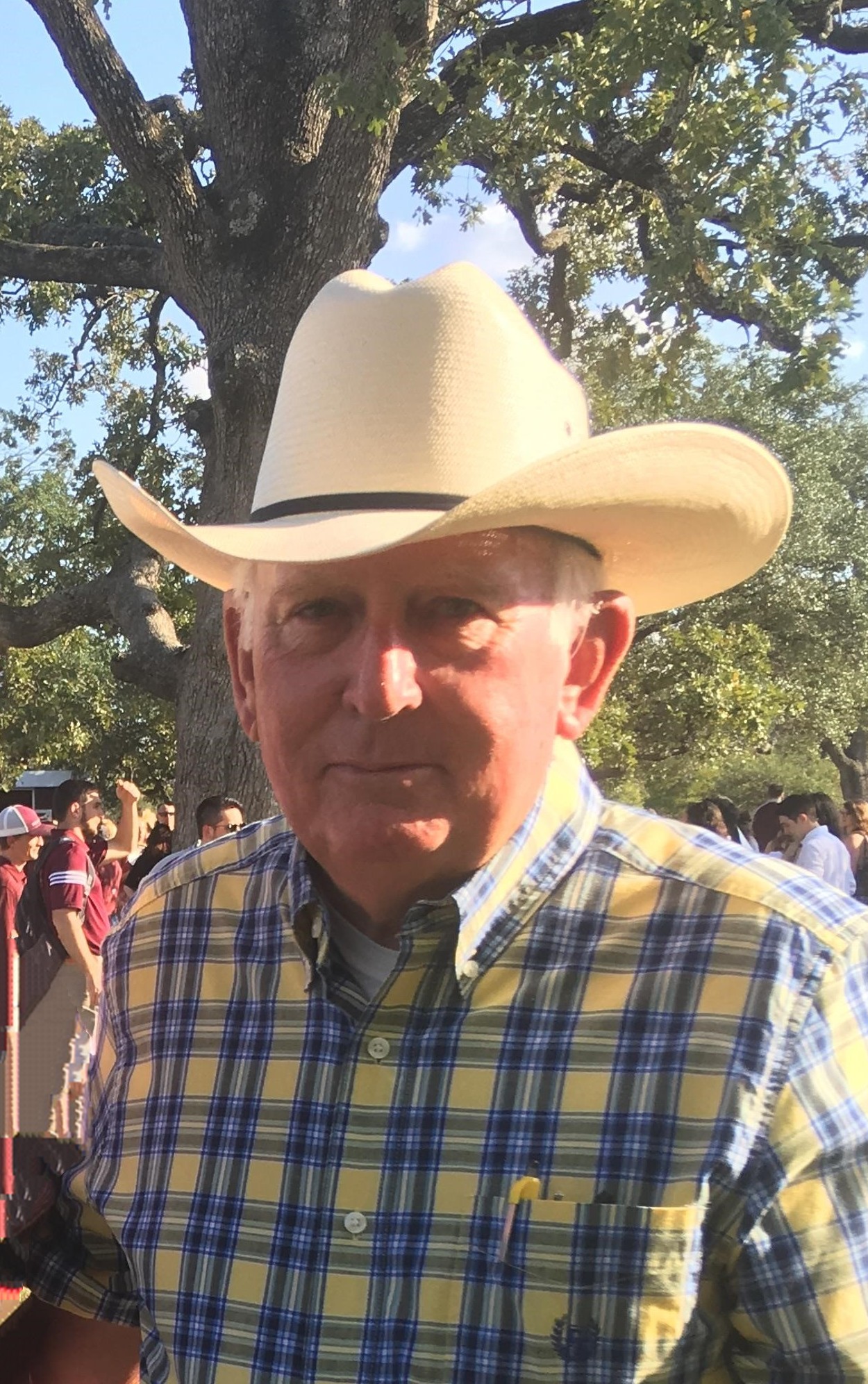 
John "Johnny" Byron Kay, age 77 of Iola, Texas, went to be with the Lord on May 1, 2020, after a short courageous battle of pancreatic cancer. His precious family surrounded him.

A private gathering of immediate family will be held Monday, May 4, 2020. A gathering of family and friends will be held Tuesday, May 5, 2020. His viewing for the public (with social distancing) will be from 10:00 to 11:00 am at Enon Cemetery, located off of County Road 103, in Iola, Texas.

Graveside services are scheduled for 11:00 am Tuesday, May 5, 2020 at the Enon Cemetery in Iola. Rev. Clinton Everitt and Rev. Scott Kay will officiate. A celebration of life will be held at a later date.
Serving as pallbearers are Wayne Svetlik, Steve Svetlik, Brent Kay, Hoyet Richardson, Billy Ford and Darren Boyd.
Honorary pallbearers will be deacons from Beacon Baptist Church: Robert Barrett, Greg Sparks, Brandon Paulson, Kyle Ritter and Tira Sexton.

Johnny was born on May 19, 1942, in Angleton, Texas, to William Vernon Kay and Sybil Irene Holmes Kay. He was the fourth of five children. As a teenager he enjoyed fishing, hunting and working on cars. Johnny proudly served in the Army as a Battalion Engineer at Fort Leonard Wood, Missouri, and served most of his service in Panama from 1963-1968. He earned his Bachelor of Science degree in Seed Technology from Texas State Technical Institute in 1972. Johnny was a proud member of the Republic of Texas, and served on the Board of Directors for Wickson Water for many years.

Johnny met "his bride" in Houston, Texas, on January 5, 1966. They were engaged February 5th and married on June 11, 1966, at Enon Baptist Church, in Iola. Johnny and Gaye were married for almost 54 years. Together they had two incredible sons, Byron James and Todd Philip. He was a wonderful, loyal and wise daddy and passed on his love of family and these valuable traits to his sons. Johnny's family was his world. He was the rock/patriarch of the entire Kay family. Every holiday or birthday, his family would gather, join hands in prayer and enjoy a home cooked meal and homemade ice cream prepared by family members. He always liked "his bride" to have something sweet at every meal. He was also a father figure to many nephews and nieces in his family. He always said, "Be careful", which was his way of telling you he loved you!

He had a successful career as a rancher and heavy equipment operations. He loved checking on the family herd daily. He always knew there was a fence that needed to be fixed, a creek crossing to repair, a pasture to shred or brush to clear with his dozer. In addition to ranching, Johnny bought and sold heavy equipment. He was very skilled at working on any type of machinery and heavy equipment. He was called on many times to ask how to fix different types of equipment. Many respected him for his knowledge of machinery and he had many friends in this field.

Family, church and dedication to God was very important to him. Most important was his relationship with God. He accepted Jesus as his Savior at a young age and was a faithful member, music director and Sunday School teacher at Beacon Baptist Church for over 40 years and a deacon for 45 years. Church and serving God was the most important thing in his life. He was very knowledgeable about the Bible. He could talk for hours about Bible prophecy, doctrine, and importance of the church or events recorded in the Old Testament.

Johnny was a happy person and very full of life. Johnny had a great gift for humor. He loved to tell stories of his childhood. He was well known for his infectious smiles and hugs, his ability to be a friend, and his ability to catch you off guard with a funny "tease". He loved to joke around with people and even loved to scare the dog with his infamous bear rug. One of the children at church called him "Boo" because as a baby Johnny would always play and say "boo" to him.

Hunting with many true friends from Missouri for nearly 17 years and annual hog camp was one of his favorite and unforgettable memories. Every year he would travel to Missouri, and they would later come to Texas, and stay at the camp house. They would hunt wild hogs for 4-5 days, all night and day. Then he'd enjoy telling stories about their hunt until the next year.
Johnny also enjoyed collecting old guns and knives. He had several guns collected from the World War I & II era. He also enjoyed squirrel hunting, fishing, gardening, welding and fabricating.

Johnny is survived by his wife, Gaye, of 53 years, his son Byron and wife Melissa, and grandson John; his son Todd and wife Dana, and granddaughters Chaney and Charli. Johnny is also survived by his sisters, Marsha Krenek and husband Thomas, of Angleton, Faye Allen of Friendswood and sister-in-laws Barbara Carlisle and husband, Bob, of Katy, and June Dudley and husband Richard, of College Station; along with numerous nephews, nieces and other relatives and a great number of friends.

In lieu of flowers, donations may be made to Hospice Brazos Valley or Missions supported by Beacon Baptist Church in Bryan, Texas.

To order memorial trees or send flowers to the family in memory of Johnny Kay, please visit our flower store.