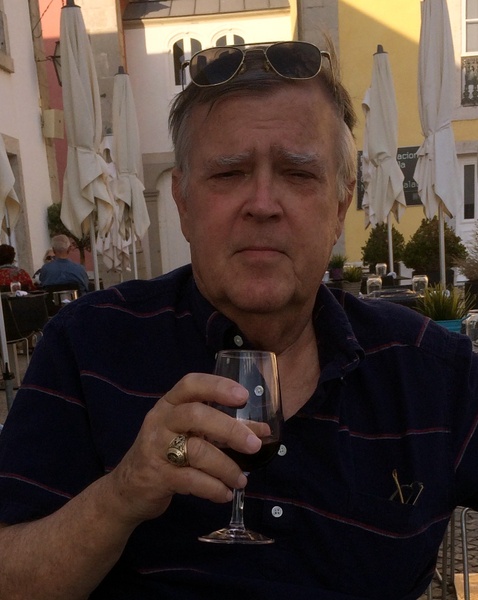 John Williams was born on October 5, 1951, to Lewis and Celia Williams, both accountants, in Oberlin, Kansas. He grew up with his two brothers, Robert "Bob" and Mark Williams.

John attended Bellaire Senior High School, before joining the United States Navy at the age of seventeen. He spent 21 years serving his country in the Navy as a Radioman. He served during the Vietnam War. He was stationed on the USS Samuel B. Roberts when it struck a mine in the Pursian Gulf on April 14, 1988. In 1990 he retired from the Navy as a Chief Petty Officer and the family moved to College Station where he attended Texas A&M University. He obtained a degree in Business and graduated in 1994. He went on to work in Human Resources at Texas A&M. While living in England he worked for Aviva in Norwich.

John was stationed in Portugal when he met his future wife, Sandy Dutch. They married on June 26, 1982 in Houston, TX at John's older brother, Bob's home. While living in Portugal, John and Sandy started their family with the birth of their daughter, Holly. A short time later they moved to England where their son David was born.

John enjoyed recalling his memories from the Navy, including wild stories about his Rally driving days when he was stationed in Wales. He was a great raconteur, and loved to tell his stories. In recent years, John had attended reunions with his former Shipmates from the Roberts. In 2015 when the USS Samuel B. Roberts was decommissioned, John and his family were present for the ceremony.

Portugal held a special place in John's heart. He loved visiting and had done so countless times with Sandy over the years. Family was the most important thing in life to John. He loved time spent with his young granddaughters, Harper and Madelyn. He enjoyed watching Aggie football games as well the Dallas Cowboys. He was also a big fan of soccer and followed Norwich City "Canaries". He had a passion for Formula One Grand Prix and had twice attended in person. You could catch John working on a sudoku or crossword, when he wasn't mowing the grass! John will be remembered by his family as loving, humorous, diligent, and dependable.

A memorial service, with Military Honors following, will begin at 12 noon, on Wednesday, January 8, 2020, at St. Francis Episcopal Church in College Station, TX. A Reception will be held after the services at the church.

In honor of John's memory, the family would like to encourage contributions to Hospice Brazos Valley.
To order memorial trees or send flowers to the family in memory of John Williams, please visit our flower store.