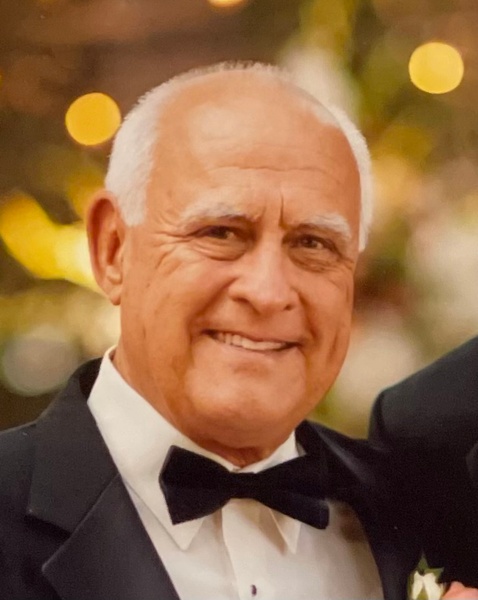 John Bennett Syptak was born to Nellie Kate and Albert B. Syptak Sr. on October 22, 1941, at St. Joseph Hospital in Bryan, TX. He was the grandson of Adolph B. and Amalie Syptak of Bryan, TX, and Horace and Kate Smith of San Antonio, TX. John was the eldest of three siblings: Albert B. “Buzz” Syptak Jr. (deceased), Ruth Ellen Merka Byers and Mollie Kate Syptak (deceased). John passed away on January 18, 2022.

John was raised on a working poultry farm in the Steephollow community of Brazos County. He and his brother Buzz developed a strong work ethic at the farm that was instilled in them from their father, a World War II infantry veteran. The days began feeding chickens before school and ended gathering eggs to be sold to the local grocery stores.

John attended elementary schools in Bryan and graduated from Stephen F. Austin High School in 1959. After high school graduation, John initially began his college education as a junior college student at Allen Academy. In 1963, John graduated from Texas A&M University, where he was a member of the Corps of Cadets, with a Bachelor of Science in Geology.

After graduation, John went to work for Getty Oil Company as a geologist in Oklahoma, Texas, and Louisiana. In 1975, John relocated to Houston, TX with Anadarko Petroleum, and in 1986, John moved to Midland, TX to start an independent oil and gas company, Jasper Resources, which he continued to manage until his passing.

In 1992, John met Julie Winston while she was working as a nurse at Midland Memorial Hospital. They married on February 27, 1994, and had a family of four sons, Matt Winston, Eric Winston, Drew Winston and Kyle Bennett Syptak. In 2006, John and Julie relocated to College Station to enjoy Aggie sports and semi-retirement.

John had many hobbies, including hunting, traveling, and collecting various historical artifacts.

John’s hobbies often involved his family, from West Texas quail hunting with his children to African safaris in Namibia and Tanzania.

John was also a prolific traveler, venturing the globe with his family. Together, John and Julie were able to explore France, England, Germany, Czechoslovakia, Italy, Scotland, Israel, Egypt, Turkey, and Jordan, among other cities and countries.

John had a passion for genealogy from a historical perspective. He meticulously mapped and documented his own father’s World War II battles and unit movements through Europe and undertook a project of tracing and proofing his family’s heritage back to the American Revolutionary War. Due to John’s extensive research, he became a proud member of the Sons of the American Revolution.

John loved his alma mater and gave time and resources to the Friends of the Texas A&M University Libraries to support its acquisition of archival books. He also served his community through Christ United Methodist Church, Twin City Missions and Meals on Wheels.

John was blessed to have had a large, loving family. He is survived by his wife of 27 years, Julie (College Station), and his sons Matt Winston (Nicole), Eric Winston (Jenny), Drew Winston (Katie) and Kyle Syptak, along with eight grandchildren. He is also survived by his sister, Ruth Ellen Merka Byers (Danny), five nephews and nieces and numerous great nephews and nieces. John is preceded in death by his father, Albert B. Syptak Sr., his mother, Nellie Kate Syptak, his brother, Albert B. “Buzz” Syptak Jr. and his sister, Mollie Kate Syptak.

To order memorial trees or send flowers to the family in memory of John Bennett Syptak, please visit our flower store.