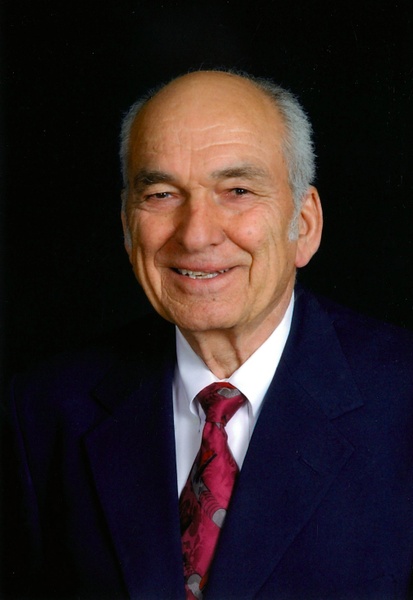 John was born on September 18, 1931, in Pottawatomie County, Oklahoma to his parents, John and Esther Rhodes. He grew up in Valley Farms, Arizona, and graduated from Florence Union High School. After graduation, John served as a SeaBee in the US Navy. He was stationed in Puerto Rico and Newfoundland in the communications field. He moved to Texas to start a job as a lineman with Southwest States Telephone Company, which later merged with General Telephone Company. He became Installation Supervisor for the Southwest.

John was also involved in various activities and organizations, including Charter Member and Past President of Bryan Breakfast Lions Club, Officer of Telephone Pioneers Club, Stewardship Committee and CHRP at St. Anthony's Catholic Church and the Pathfinder program, adopting 3 families and working with them for over 3 years. John retired after 45 years with GTE.

In retirement, he enjoyed teaching shop and carpentry at Still Creek Boys Ranch, playing dominoes with the guys at Boxely Bend, having weekly coffee with the telephone retirees, antiquing with his wife, and working with various ministries at St. Anthony's Catholic Church.

He was a wonderful husband and father, attending all baseball games and dance recitals. He was a man of deep faith, loyalty, and commitment. He will be missed dearly by his friends and family.

To order memorial trees or send flowers to the family in memory of John Rhodes Jr., please visit our flower store.