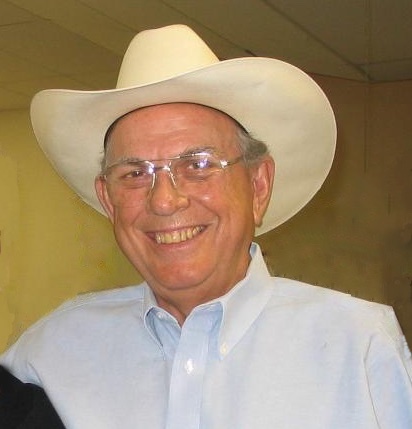 John was born and raised on a family cotton farm in Snyder, Texas, by his dad, Tollie Burton (Burton) and mom Maude Lane (Lane) DuBose Echols, with his three sisters and one brother.


Times were tough growing up in a small house on a farm in the post-depression era, but God supplied all of their needs. There was a time when he was a kid, he had one pair of jeans that his mom would clean and press every night and explains why later in life he would have his jeans pressed at the cleaners.

He graduated from Snyder High School in 1955 and not long after started a career in the oil services industry. He started as a roustabout and advanced to product line manager and Oilwell cementing Superintendent with BJ Services. Because he was a people person, he excelled at sales.

In 1956, he married Anita Thomas and they began raising a family of three kids.

As he progressed in his career, the family moved many times in the oil patch of Texas and South Louisiana.
In 1981, he started his own business and invented, developed and sold a fluids mixing and filtration device. He had a lot of success marketing and selling the device to oil services companies.

His LinkedIn page reflected his education as a PHD in oilfield services at the school of Hard Knocks.
He was baptized at River Oaks Baptist Church in Houston in 1990.

In the mid 1990's, he and Anita purchased land in Whitehall, east of Navasota, Texas. There were many good times on 'the farm' with their kids and grandkids. For a time, they raised cows and chickens on the farm.

He loved his family greatly and spoke proudly of his kids, grandkids and great grandkids, they were all his favorite.
John was preceded in death by his father, Tollie Burton Echols, mother, Maude Lane Dubose Echols, sisters Edyth Henderson and Janet Bigham and his brother Van Echols.

He is survived by his grandchildren and their spouses Laine and Justin Hixson, Kaitlyn Sims and her husband Collin, Elizabeth Echols, Margaret Echols, Jacob Pavel and Hannah Pavel, Cody and Lauren Chaffin, Will and Emily Echols, Madeline Echols and Katherine Echols.

He is survived by his great grandchildren Eleanor and Abigail Hixson, Bobbie and Theodore Sims and Eliana Chaffin.
A memorial in his honor will be held June 5th at 2PM at Union Grove Baptist Church of Whitehall, 15301 FM 362, Navasota, Texas 77868.


To order memorial trees or send flowers to the family in memory of John Echols, please visit our flower store.