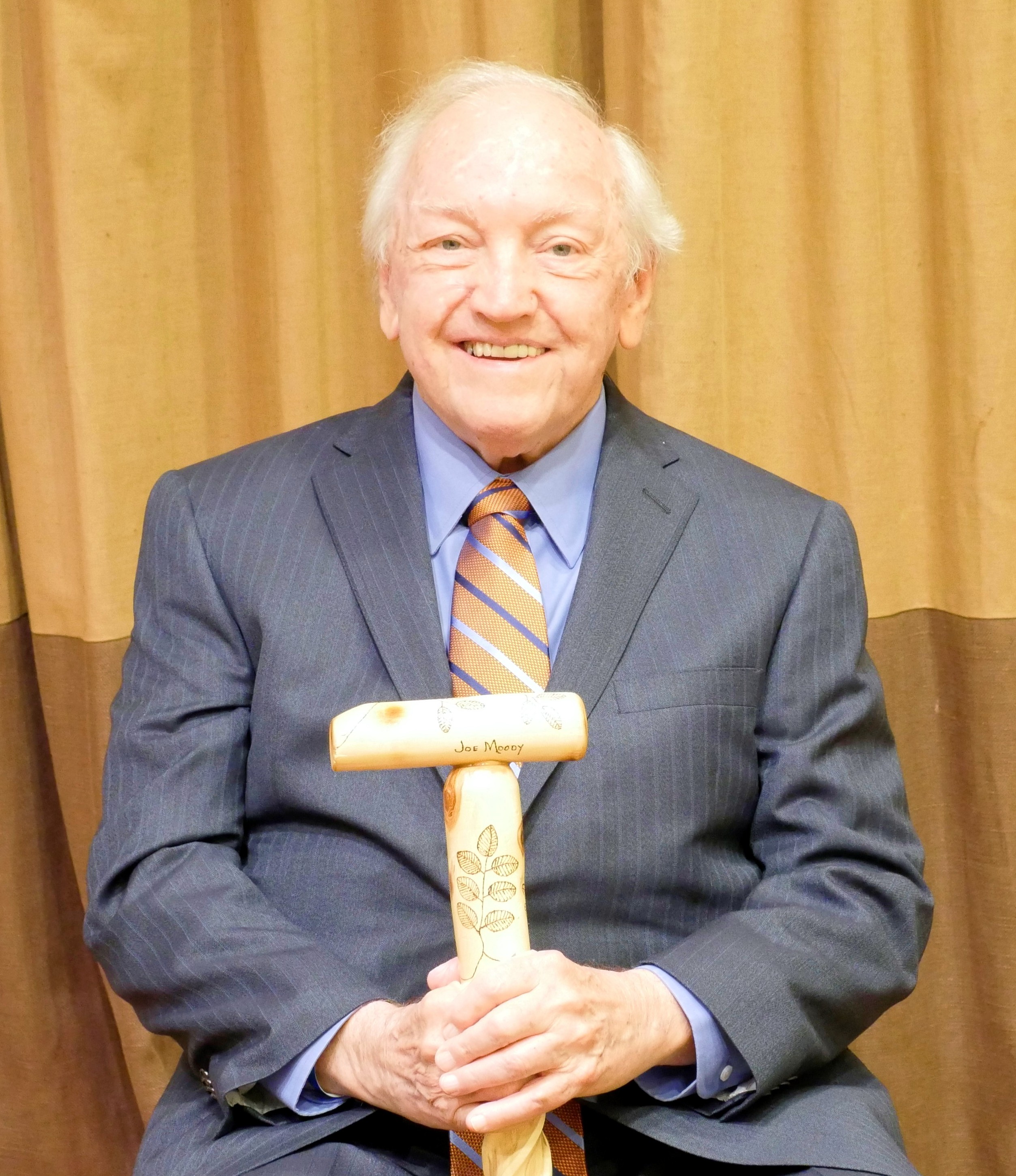 Joe Marshall Moody, M.D. went home to be with the Lord on Friday, July 3, 2020. He passed away peacefully at home, in College Station, Brazos County, Texas, with his wife and daughter by his side. He was born at home in Dyersburg, Dyer County, Tennessee, on August 3, 1924, to Dr. Alexander Harris Moody and Mary "Madie" Madison Tipton Moody. As the youngest child, he grew up with one sister and three brothers, and attended local Dyersburg schools. By profession of faith, in the Lord Jesus Christ, he was baptized at the First Baptist Church of Dyersburg at age eleven on May 12, 1935. After graduating high school in 1942, he attended the University of Tennessee at Knoxville for pre-med and after 3 years, entered medical school at The University of Tennessee at Memphis, Shelby County, Tennessee. He married his high school sweetheart, Nan Vaughn, on September 23, 1945. After graduating medical school in 1947, he was an intern at Wayne County General Hospital in Eloise, Michigan. In July 1949, he practiced general medicine for two years with his brother in Dyersburg, Tennessee.

On September 1, 1951, he joined the US Army Medical Corps as a 1ST Lieutenant. He was stationed at Fort Gordon, Augusta, Georgia, and was sent to Ft. Campbell, Kentucky. Soon after, he was deployed to Korea, where he served as a Medical Officer General during the Korean War. He returned to the United States with an honorable discharge in August 1953. He received the Combat Medical Badge, the Bronze Star Metal, and other military awards.

Upon returning from Korea, he attended a radiology residency at Bowman Gray School of Medicine in Winston-Salem, North Carolina. He moved to Houston, Texas, in 1955, and completed a residency at MD Anderson Hospital and also became a member of Houston's First Baptist Church. From July 1956-March 1957, he was a radiologist at Citizen's Memorial Hospital in Victoria, Texas. He returned to Houston and formed a partnership of Drs. Jester, Cox and Moody. At that time, they were associated with Memorial Baptist Hospital in downtown Houston. He went to Japan as a missionary in 1963, to help begin a ministry and start a Baptist church. In 1970, he and his partners became known as Memorial Radiology Associates (MRA). In 1971, he lost his first wife Nan Vaughn Moody. Through a dear friend, he met, and later married, Phyllis June Vaughan, on January 28, 1973, who loved and helped raise his three boys. In 1978, his only daughter, Dora Allison Moody, was born.

In December of 1995, he retired from MRA after many years as a diagnostic radiologist and radiation oncologist. He was honored by the Texas Medical Association, in June 2005, for giving 50 years of service to medicine in the state of Texas, and was a Fellow of the American College of Radiology.

He was a member of Houston's First Baptist Church for 65 years, where he taught Sunday school and Royal Ambassadors to young men. He was a mentor to foreign born students and active in the church's deaf community. He was a member of the Sons of the American Revolution and Sons of Confederate Veterans. As a member of Texas Radiological Society, he attended the annual meeting for 60 years. He recently became a member of the Brazos Valley A's Model A Club because of his 1931 Model A. His faith in God, his family, and his friends were his most important treasures. He will always be remembered for his gentleness, integrity, generosity, and the loving kindness he showed for each patient. With a passion for education, he graciously and generously gave to his family, friends, and those in need, to support their education goals. His hobbies were playing the piano, making chocolate candy, and researching his family tree, which included traveling the world. He had a sweet tooth for desserts, especially ice cream.

Due to COVID-19, it is required to wear a mask at all services. A Memorial Service will begin at 1 pm, on August 3, 2020, at Houston's First Baptist Church. His ashes will be interred at Dyersburg's Fairview Cemetery at a later date.


To order memorial trees or send flowers to the family in memory of Dr. Joe Moody Sr., please visit our flower store.