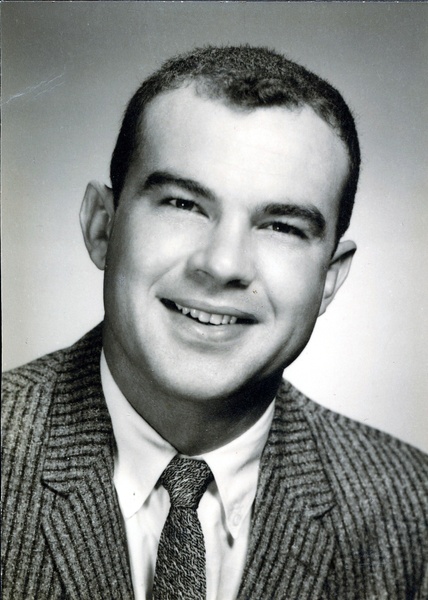 Joe Raymon Callaway was born in Ranger, Texas, on November 25, 1931. He was the only child of Ruthie Lee (Gilbert) and Austin Burel Callaway. They moved to the family property in Jacksboro, Texas, and Joe graduated from Jacksboro High School 1949. He played football for Texas Tech University before joining the Navy in 1951. He served in the Korean Conflict on the USS Floyd B Parks DD884, a Gearing-class destroyer. He served as a naval hospital corpsman. Upon honorable discharge he attended North Texas State University completing his Bachelor and Master degrees in Biology. He met Ann Dickson at North Texas State and they were married August 23, 1958.

Joe and Ann moved to College Station in 1971 and raised their family in College Station and both retired from the Texas A&M University System. Joe was a Master Mason in Good Standing of Ft. Richardson No 320, 50 yrs plus. Joe volunteered as a Community Action Response Team member, worked at polling stations during elections, volunteered at Cub Scout Day Camps and Boy Scout Summer Camps.

The family would like to thank the staff at CHI St. Joseph Manor and Hospice Brazos Valley for Joe's kind and gentle care and their support of the family. In lieu of flowers, charitable donations may be made to Hospice Brazos Valley, 302 E. Bluebell Rd, Brenham, Tx 77833 or CHI St. Joseph Health Foundation, www.chistjoseph.org/about-us/foundation.

A visitation is set for 5-8 pm Friday, December 27, 2019 at Hillier Funeral Home. The family will gather for a Celebration of Life to be held at a later date at the Field of Honor, College Station, Texas.

To order memorial trees or send flowers to the family in memory of Joe Callaway, please visit our flower store.