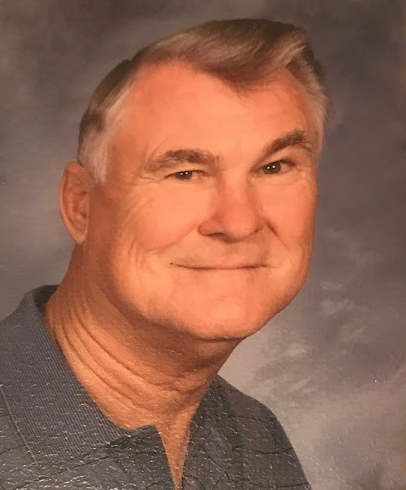 
Jimmie Edward Fagan, 76, of Hearne, Texas, passed away from this life into eternal life on Tuesday, November 10, 2020. Visitation will be held from 5-7 pm, with a Rosary to begin at 7 pm, on Friday, November 20th, at Hillier of BRYAN. A Mass of Christian Burial will begin at 10 am, on Saturday, November 21st, at St. Francis of Assissi Catholic Church in Franklin, Texas. Graveside services will follow in Franklin, Texas.

Jim was born on February 4, 1944, in Goosecreek, Texas, the son of Louis and Josephine (Krolczyk) Fagan. He was a long time resident of Bryan, Texas, where in 1962, he graduated from Stephen F. Austin High School. Jim enrolled at Allen Military Academy Junior College, where he earned his Associate of Arts degree in 1965. While at Allen Academy, he was a member of Phi Theta Kappa fraternity. While Jim was working at Orr's grocery store in Bryan to help put himself through College, he made a bet with a co-worker. His bet was that he would get a phone number from the beautiful woman who was shopping that had caught his eye. Jim carried her groceries to her car, and not only got her phone number, but made Jerry Steele his bride on March 4, 1967. On this day, they became "She and I." They have never been apart from that day, until his passing. Jim said he not only married the love of his life, but his best friend. Jim and Jerry have been devoted to each other for 53 beautiful years. Jim finished his formal education at Texas A&M University, graduating with a Bachelor's degree in Business Administration in 1968. After graduating from Texas A&M University, Jim was a member of Bryan National Guard, Odessa National Guard, and Bryan National Guard-Airborne Reserve Unit. Jim was an excellent marksman, but disliked jumping from a perfectly good airplane. His early career in retail took him to Weatherford and Odessa, Texas, where he began his management career with JCPenney Department Store. Upon returning to his hometown of Bryan, he managed Edges and their two affiliate stores. Jim's management experience took him to the City of Bryan utilities, and later to GATX, where he held a safety supervisor position. In 1982, Jim purchased and operated his own distribution franchise with Pepperidge Farm until his retirement in 1997.

Jim was a devoted husband, and a dedicated father to his two daughters, Nikki and Lisa. Family vacations were spent camping, fishing, hunting, and enjoying the outdoors. Jim instilled a strong work ethic in his daughters, and raised them to be strong, independent women. Jim saw to the family home being built on a strong moral compass with God as the foundation. His gentle disposition, twinkle in his eyes, and contagious smile was a magnet to people, especially to children and the elderly, and even attracted animals. He always had time for those who crossed his path, giving words of encouragement or bits of wisdom. Jim also liked to share a good joke and was not afraid to share his political views. He and Jerry loved to bowl together and made life long friendships over the years. Not many know Jim was raised a "city boy" turned "country boy" by his wife, Jerry. He loved his cattle, cats, deer watching, and the outdoors. Country life and ranching suited him to the extreme of him making all the animals his pets. His concern for their well-being was enormous.

As a member of St. Francis of Assissi Catholic Church in Franklin, Texas, faith and family made up Jim's foundation. Jim was most proud of his wife, Jerry, his daughters, and grandchildren. He was a wonderful family man, and friend, and will be missed by all.

Jim will be forever missed until we are reunited with him in heaven.

To order memorial trees or send flowers to the family in memory of Jimmy Fagan, please visit our flower store.