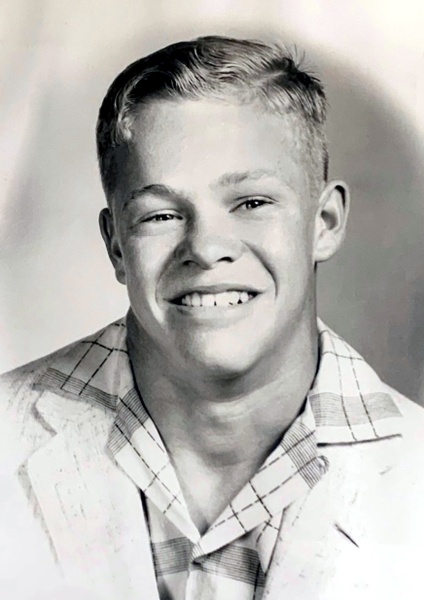 
Going back in history- 80 years ago- James Howard Morgan was born September 28, 1940, in Bryan, Texas to loving parents, Lucian Minor Morgan and Maurine Williamson Morgan. Affectionately known as "Jim" to family and friends, he grew up in College Station, the eldest of four children. Jim graduated from A&M Consolidated High School in 1959, then earned a Bachelor of Business Administration from Texas A&M in 1963, and a Master of Business Administration in 1965.

By all who knew him, Jim was regarded as a wise and quick-witted, loving son, brother, uncle, neighbor, and friend- a loyal Aggie and a true Southern Gentlemen. Jim served as an esteemed staff accountant in the Fiscal Department at Texas A&M University. He got a head start in his long and accomplished career working for the university's Agricultural Information Office. In 1988, Jim received the President's Meritorious Service Award for 25 years of exemplary service to the university. He continued to work a total of 37 years for the university, before retiring in January 1997.

Jim left this earth on March 21, 2021. The legacy he leaves us with is to live life with a courageous spirit and a heart filled with compassion, just as he did. Jim was a treasure trove of knowledge, wisdom, and all kinds of valuable information- from worldly issues to local happenings, sports trivia, and everything in between. He is the first person you would choose to have on your Jeopardy or Trivial Pursuit team, and he had a heart of gold!

Jim is preceeded in death by his grandparents, most notably, his grandmother Mildred Morgan Sullivan; his parents, and younger brother, Lucian Minor Morgan Jr.

Jim is survived by his sister, Judy Morgan Kucera and husband, Jerry of Tulsa; his brother, Keith Morgan and wife, Pam of Madisonville; and an extended family of nieces, nephews, and grand-nieces and nephews.

A Life Celebration, with a reception to follow, will begin at 1 pm, on Wednesday, March 31st, at Hillier of COLLEGE STATION. Graveside services will follow at College Station City Cemetery.

To order memorial trees or send flowers to the family in memory of Jim Morgan, please visit our flower store.