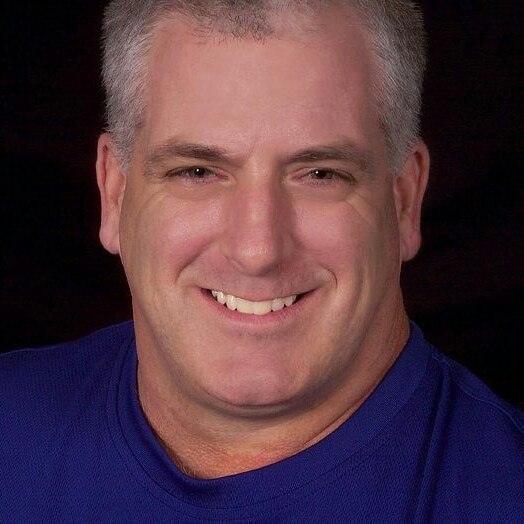 Many people were blessed to called James "Jim" Jumpa Jr., 58, of College Station a friend. Jim was always willing to stop what he was doing to help out, and if help was needed, Jim was someone you could count on to be there every time. With his easy going nature and his infectious laugh, Jim was a kind-hearted person. He truly believed we should always care for one another and his life was spent practicing his belief every day.
Jim was born in Florida, on April 6, 1962, to Gail M. (Hausmann) Jumpa and James J. Jumpa Sr. He grew up in Florida and in Geneseo, New York with his two sisters, Teri and Tracey. Jim's family, especially his nieces and nephews, were a huge part of his life. Growing up, Jim was a Boy Scout and natural athlete. He was honored as "Most Athletic" of the Class of 1980. Jim's career consisted of contact work, painting, renovations, and repairs. Later in life, Jim was an active member of the Rotary Club of Strongsville, Ohio. He chaired their Chili Open Golf Classic for several years; helping raise thousands of dollars for local charities. Jim always had a smile for anyone.

Jim thoroughly enjoyed a good game of golf as well as grilling, and baking. BBQ was his favorite food, but he loved anything hot and spicy (even peanut brittle)! It was no surprise when he named his cat, an animal shelter rescue, Chili. Jim loved to try new recipes and loved to spend his free time cooking with friends. Jim very was proud of his special BBQ sauce recipe and he loved teaching others how to bake, smoke, marinade and grill.

While living in College Station, Texas Jim was a handy-man by trade and was an expert in his field. He was always giving to the community through his time, volunteer efforts, and construction craftsmanship. He secretly paid off lunch balances for families at South Knoll Elementary school every Christmas and donated to many causes. Jim was big into military appreciation, and paid postage to send cards to troops over seas. Jim always said he wanted to give back as much as he could. His favorite charity was The Ronald McDonald House. He worked to make the Brazos Valley a better place to live.

Jim had a giving heart, a loving smile, and was a kind soul. He passed away unexpectedly on Monday, July 13, 2020 after a 2 week battle with Covid-19. Jim is survived by his mother, Gail Jumpa; older sister, Teri Jumpa; younger sister, Tracey Jumpa-Couve and husband Joel Bouve; niece, Courtney Bouve; nephew, Cole Bouve; and his aunts, uncles, cousins and many friends. Jim's father, James Jerry Jumpa Sr., and his niece, Alyssa Bouve, preceded Jim in death.

Cremation Services have been entrusted to Hillier of Bryan. Service arrangements are pending, and will be October 2020.


To order memorial trees or send flowers to the family in memory of Jim Jumpa, please visit our flower store.