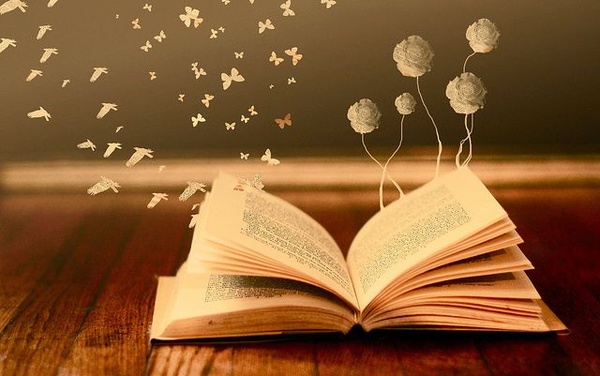 
Jean Darnell Kubala died peacefully on May 18, 2021, at home in the loving care of her children. She is survived by four genetic children, four "chosen children," many grandchildren, and her twin sister. She was preceded in death by her loving husband, Al Kubala, and her sister, Joyce. Jean was born October 24, 1929. Her dad worked for the U.S. Geological Survey and the family traveled extensively when Jean was young, inspiring in her a love for home and permanence. Her mother's death when she was 16 reinforced these feelings.
Jean attended Texas Women's University and received a degree in Recreation. While working as a playground supervisor in Austin, she met her husband, Al. The early years of their marriage also involved a fair amount of travel, as Al held positions at various universities in Texas and Florida. While living in El Paso, Jean and her family became close friends with another family, the Sensibas. As the two families grew together and supported one another, Jean added the first of her chosen children to her family. This group would expand to include many friends and children of friends in the years to come, as she became the matriarch of a large extended family.
The Kubala clan moved to the Temple-Belton area in 1975. With her children in high school and college, Jean found time for classes in Library Science at the University of Texas, driving to Austin in the morning rush and returning late in the evening. In 1979, once graduated with a Master's in Library Science, Jean began to work at the Temple Public Library as the Circulation Librarian. In a career that spanned more than 15 years, she found many opportunities to nourish and lead her co-workers and to contribute to the development of the remarkable library the city of Temple has today. Her general knowledge, keen insight into human behavior, and skills of supervision became the heartbeat of the library. She was much appreciated by library patrons. After Jean retired, she volunteered at the library for almost three decades, until a few months before her death.
The library was just one dimension of Jean's time in Temple. Devoted Unitarians for many years, when Jean and Al discovered that there was no Unitarian Fellowship in Temple, they opened one in their family room. A broad community of folks from Temple, Belton, Harker Heights, and Killeen, found a place of worship at the Kubalas'. Because of their leadership and the close relationships Jean and Al helped to foster in this group, the Fellowship was eventually able to establish a new place of worship in Belton. There, Jean taught Sunday School, volunteered to clean the building regularly, preached, and for years, gave the Temple-Belton community food for thought by placing a weekly quotation on the signboard on the Morgan's Point Road just outside the Fellowship. After Al passed away, Jean officially took over pastoral duties of the Fellowship including conducting weddings and memorial services. She officiated at the first gay wedding in Bell County and at the weddings of many friends and family. She also continued to make sure the building was clean and ready for each weekly service.
Though busy with all these activities, Jean kept family first in her heart. Holidays saw the Kubala household (now known as The Lodge) full to bursting with four generations of children, chosen children, grandchildren, and great-grandchildren. Every Christmas, family and friends gathered for "String and Sing" to trim the tree with Jean's renowned collection of Christmas ornaments and to go caroling through the neighborhood. Few holidays passed without games of charades and Fictionary. Jean remembered her friends during the holidays as well. Each Christmas, in a flurry of blue paint, glue, and glitter (there had to be glitter), she created greeting cards for her many friends. Folks new to the area, and alone at the holidays, were often invited to join in the fun.
Jean was a skilled seamstress. She taught her children to sew and sewed wedding clothes, baby clothes, and quilts for many of her children and friends. She was a regular participant in walks to raise money for Alzheimer's research and clean water projects, and she participated in clean-up events for near-by Jackson Park. For many years she cooked for Meals on Wheels. One personal achievement that impressed her family and friends was her learning to water ski on a slalom at age 50. She continued to ski into her seventies.
As Jean aged, her pastimes became both more active and more reflective. In her retirement, Jean began serving with Global Volunteers on trips that took her to India, Australia, Poland, Costa Rica, the American Southwest, and Peru. Her assignments included teaching the rudiments of English, making adobe bricks, helping to set up libraries, and digging ditches. She charmed the people in each place she visited with her curiosity about their lives, her concern for their well-being, and her determination to do all she could to make the world a better place.
Always keen to develop the more contemplative side of her life, in the 1990's Jean joined a memoir-writing group in Austin—her renewed car trips up and down I-35 reminiscent of those she had made in library school. When the commute became too difficult, she joined a women's writing group, in Temple, in which she participated for 13 years. At about the same time, she signed up for a co-ed writing class, which met at the Sammon's Senior Center. Her poetry and one- to two-page essays, created in these groups, contained remarkable pieces of wisdom and wit, as did her thoughtful observations on the writings of classmates. She continued to deliver insightful sermons at the Fellowship. Her warm hospitality, concern and support for friends and family never wavered. Even in death, Jean expressed her concern for others. She willed her body to Texas A&M for medical research.
Jean's reflections on her own life are perhaps best expressed in the following statement found among her effects:
PLEASE REMEMBER

No weeping and wailing and gnashing of teeth. I've had probably the
most wonderful life anyone could have: a real marriage, an interesting and
varied family (both genetic and collected), good friends and many friendlys,
and adventures ranging from riding the zip-line in Costa Rica to wading
in the Great Barrier Reef in Australia, or rickshaw racing in India. I'm not
worried about what happens next. It will be a new adventure.

Jean's Memorial Service will be held at the Unitarian Universalist Fellowship, 1726 Morgan's Point Road, Belton on Saturday, May 29, at 1:00 P.M. In lieu of flowers, memorials may be made to the Hospice of Baylor Scott and White, or to the Friends of the Temple Public Library.

To order memorial trees or send flowers to the family in memory of Jean Kubala, please visit our flower store.