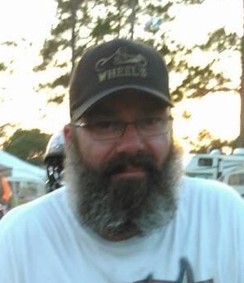 
James Martin Zikus was born on May 6, 1972, in Heidelberg, Germany, to his parents, William James Zikus, and Alice Juanita (Webb) Zikus. He departed this life on August 24, 2020. A Celebration of Life will be held on Wednesday, September 9, 2020 at 6 pm, at Hillier of Bryan.

James loved to hang out with his friends, drink beer, eat food, and have a good time. He could light up a room instantly with his silliness. If ever you could not find James, you could guarantee he was in the wind on his Harley, riding with his group of friends.

James was an amazing carpenter and could wow just about anyone with his skills, he truly had a God given talent. He built the most beautiful cabinets, wood trim carpentry, and wood ceilings you could imagine. Many of the houses he worked on were featured in magazines!

James is preceded in death by his father, William James Zikus.


To order memorial trees or send flowers to the family in memory of James Martin Zikus, please visit our flower store.