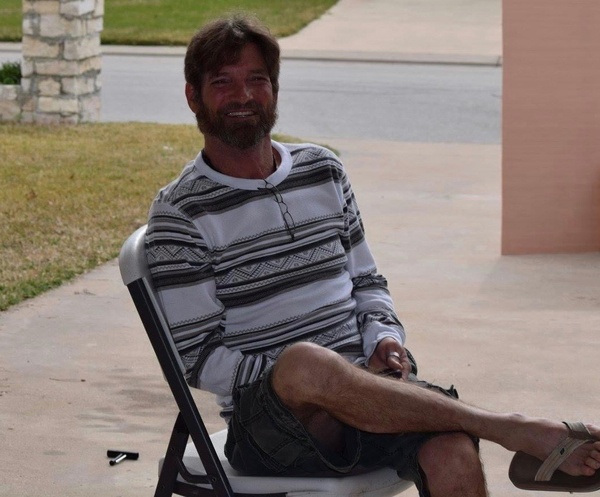 
James "Jimbo" Bowhay, 57, of College Station entered into God's arms on Thursday, June 11, 2020, with his family surrounding him with eternal love.

James Bowhay, also known by his friends as "Jimbo," was born on August 9, 1962, in Cocoa, Florida, to Ken and Sandra Ann Shaw. He was raised in Menard, Texas, then later on moved to San Angelo, Texas, with his brothers and sister, Richard Bowhay, Mark Bowhay and Sarah Bowhay.

As a child, Jimbo did some modeling in California, but always had a true passion for sports as he played baseball, basketball and football growing up. He always had fond memories of being on the boat on the Banana River and watching the shuttle launches in Cocoa Beach. You could bet that he always had his little sister, Sarah, with him everywhere he went even to parties and dates!

Growing up in West Texas, he attended Menard High School where he continued his love for sports. He was the starting quarterback for the Yellow Jackets, then moved to San Angelo to further his education where he graduated from Angelo Christian. Immediately after high school he joined the electrics trade and later on received his Journeyman's License in 1992, and also met the mother of his children, which he would then be married to for the next 20 years. Even after their separation they continued to keep the strong bond and friendship that their family needed. Any day his family could be together was a great day for Jimbo!

Raising five children came with its own struggles, but also many blessings. Some more troubling than others but those who met Jimbo could tell you that his children and grandchildren were everything to him! His life revolved around his kids, grandkids, and his relationship with God; a little bit of classic and alternative rock made it even better!

Jimbo worked as an electrician for over 30 years, with his most recent employer, being Daily Electric, who he considered a second family. In his spare time from raising his family and the daily duties of life, you could count on him to be rooting for the Dallas Cowboys or watching nascar. He had a special talent for disk golf and just enjoying life around the barbecue pit.

If there's anything you could take away from Jimbo's legacy, it was that you don't take life so serious and enjoy the time god has gifted us, just go with the flow.

Jimbo has been reunited with his father Ken Shaw and granddaughter Ava Bowhay.

Per Jimbo's request the appropriate dress attire for services is casual and NO BLACK.

To order memorial trees or send flowers to the family in memory of James "Jimbo" Bowhay, please visit our flower store.