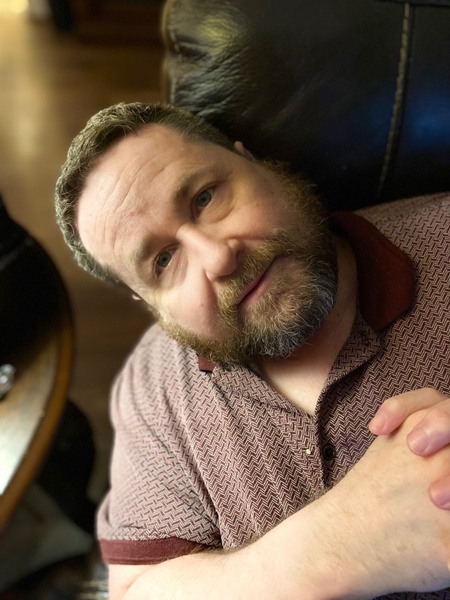 
James Michael (Mike) Chambers passed away on January 6, 2021, after a hard-fought battle against COVID-19. He leaves behind his wonderful wife of 40 years, Melissa, and three children- Daniel (Houston, Texas), Ben (Redding, California), and Lauren (Denver, Colorado). He also left behind two nieces, Jennifer Wendt and Julie Chambers, and several aunts, uncles, and cousins.

He was preceded in death by his mother, Carolyn Drumm, and his brother, Robert Chambers.

Mike was born in Alexandria, Louisiana, where he was raised before moving to the Lake Charles area. He was very active in the speech and debate program starting in eighth grade; in his senior year, he went on to win a national championship in debate. He graduated from Alexandria High School, then attended Louisiana College in Pineville, Louisiana, where he obtained a degree in economics with honors. It was at Louisiana College that he met his beloved wife, Melissa, who he loved incalculably and incomparably.

As a teenager, Mike had the opportunity to attend the Louisiana Governor's Program for Gifted Children for two summers, an experience which opened up a new world of knowledge and learning and introduced him to life-long friends. He was so excited that two of his children were also able to attend the Program.

Mike worked in the computer business all his life. He was a computer operator, a software engineer, a systems analyst, all the way to a Chief Research Officer at a local company. When not working, Mike's passion for knowledge drove him each and every day. Any subject that came up, he could discuss, and he was almost always the most informed person in the room. He constantly read, debated, and watched videos to learn more about everything--current events, chemistry, science, cooking, chess, you name it. He never stopped learning or growing.

Above all, Mike loved his Lord and his family more than anything else in this world. He adored his wife and delighted in his three children. He was fiercely protective of those he cared about, and his love was a beacon of light in the lives of his family. Nothing brought him joy like having his whole family at home, where he could cook them amazing food and enjoy hours of laughter and conversation together. Each morning when his kids were home, Mike would bring each of them coffee, treasuring those moments of quality time.

Mike was a caring, wonderful husband and father. He was an incredible example to each of his children, demonstrating day in and day out what love should look like. He will be missed forever and never forgotten.

In lieu of flowers, we would ask for donations in his name to The Louisiana Governor's Program for Gifted Children.

To order memorial trees or send flowers to the family in memory of James Chambers, please visit our flower store.