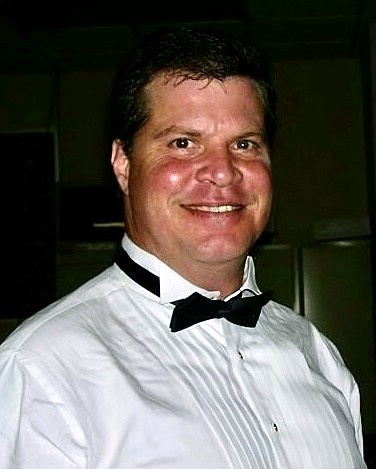 
Harold Heywood Best III passed away on Monday, April 27, 2020. He was born on March 7, 1967, in Houston, Texas, to Camille and Harold Best, Jr. Harold moved around during his childhood, living in Houston, League City, Indiana, as well as areas surrounding NASA. Later in life he lived in the Montrose area with his father, and also on a Cherokee reservation for a brief period. After the passing of Harold Best, Jr., Camille later remarried William Grant who raised Harold to adulthood.

Harold was precocious and had a tendency to get into trouble. As he got older he would always defend his older brother, Kevin. Harold attended Clear Creek High School and Houston Community College- Police Academy- where he received The Top Cop Award, and the Top Achiever Award. In 1985 Harold became involved with the Texas Renaissance Festival, where he later met his first wife, Monica.

Harold was larger than life, a force of nature, generous to a fault, and would give the shirt off his back, literally, to anyone that needed it. It was important to Harold to always be honorable. He was also very generous, charismatic, and selfless.

He was always interested in the military. While playing army with the neighborhood children he gained the nickname "Colonel Bit" from his mother. As he got older his vision to serve in the Army was still true, and was a huge part of his life. Harold was involved with the military and armed forces. He trained in the Army, Police Academy, and Texas State Guard. He was in the infantry and started training for airborne, when he received a fracture that required him to be discharged for medical reasons.

Harold followed in his father's footsteps and became involved with the Masons of Clear Lake Lodge #1417, believing in the ideals and honors of the Free Masons.

Harold was a "Jack of all trades" throughout his life, working as a security and firearms instructor, a private investigator, tattoo shop owner, cast member at the Texas Renaissance Festival, and of course his time he served in the United States Army.

Harold would light up the room with his charming and humorous personality, and his stories that would often start out with… "I know you won't believe me, but…."

Harold is preceded in death by his father, Harold Heywood Best Jr.

To order memorial trees or send flowers to the family in memory of Harold Best, please visit our flower store.