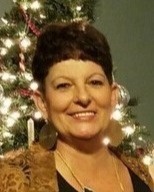 Halina Łopata Powell unexpectedly passed away peacefully on August 17, 2022. In her final days, she was surrounded by family and loved ones.

She was born September 30, 1959 to Jan Łopata & Wiktoria (Gacek) Łopata in Rabka-Zdroj, Poland.  Her larger-than-life personality started at a young age and grew brighter over the years.

Most of her life was spent in Poland, where she attended school, helped to manage the family farm, and later raised her son Andrzej.  She took great pride in her only child, often bragging on his ability to fix anything mechanical. In 2001 she left Poland in pursuit of a better life for her and her family, moving to Houston, Texas, later relocating to Brenham, Texas.

Halina found much success in her work; she provided home health care services to people in their time of need.  She was dedicated to her craft and often spoke of what a privilege it was to care for her patients with dignity and compassion.  She was adored by her patients and their families alike.

On March 3, 2006, Halina married the love of her life Noble Powell, Sr. of Brenham, Texas.  Together they made a beautiful home and garden where her green thumb could thrive. Noble was her soul mate, the anchor to her ship at sea, and the solid accessory to complement every cheetah print in her closet.

You could often find Halina in her garden growing beautiful roses or wondering the aisles of her favorite boutique: Wal-Mart.  She found joy in the little things and lived life with unabashed confidence, bolstered by the unconditional love and admiration of her beloved Noble.

A Memorial Service will be celebrated in her honor on Saturday, August 27, 2022 at 9am at Hillier of College Station. Subsequently, a Funeral Mass and burial will be held in her hometown of Skomielna Biała, Poland shortly thereafter.

To order memorial trees or send flowers to the family in memory of Halina Łopata Powell, please visit our flower store.