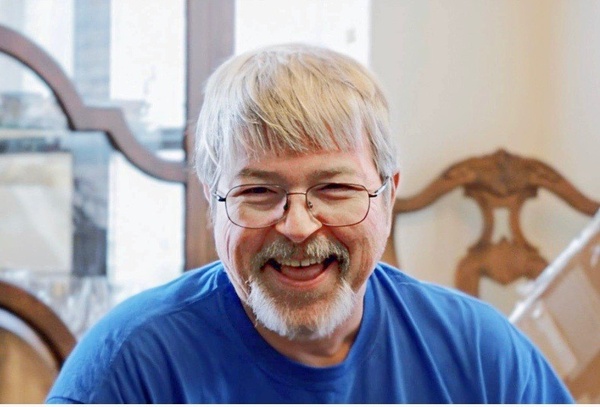 
Glenn Robert Morton went to be with his Lord on August 5, 2020, with his wife and children by his side.

Glenn was born on April 16, 1950. After a childhood in Drumright, Cushing, Tulsa, Ardmore and Oklahoma City, he attended Oklahoma University and received his degree in physics.

Glenn trusted Jesus in college and until the day he died. His example of how a Christian should leave this planet is a model to those who survived him. He used his time in the hospital to share the gospel of Jesus with fellow cancer patients and hospital staff.
Glenn loved his work, and had an illustrious career in the oil business, working for Seismograph Service Corp, Pexcon, ARCO, Oryx, and Kerr-McGee. He held titles ranging from Geophysicist to Manager to Exploration and Technology Director. His work took him from the United States to China and Scotland, and he loved retelling stories of his many travels. Following his roles as a full time employee, he became a consultant, and founded his own company, Geos-Eyes, with Danny Phillips. During his career, he was proud to say he found 34 oil fields and a billion barrels of oil. He retired, somewhat reluctantly, in 2016.

His interests were broad, having published 110 articles on topics such as geophysics, theology, anthropology, statistics, biology, information technology and history. He had 3 patent applications and wrote 6 books. His latest book, Eden Was Here, was published on Amazon hours before he fell asleep for the last time. His children fondly remember him always exploring new topics of interest growing up, with his library big enough to fill a converted two-car garage and a computer that was often running a new scientific model. He was a prodigious reader, sometimes completing entire scientific books in the course of a single day. He loved debating with his boys on a variety of topics, and had an infectious laugh, as he was no stranger to a good joke. He never lost his sense of wonder.

As much as Glenn loved his work, his family was always his first priority. His oldest son remembers especially fondly his father going to the "ends of the Earth" with him on their 2009 trip to Antarctica. His middle son remembers their regular chess matches, which Glenn almost always won (except once). His youngest will remember his years-long standing appointment to watch Star Trek. He regularly took time to tell his sons, daughters-in-law and grandchildren that he was proud of them and that he loved them. He was an involved and loving father and grandfather. He often joked that he had to be especially nice to the grandkids so that somebody would cry at his funeral.

Glenn was diagnosed with a severe form of prostate cancer in 2003. He was fond of telling people that he outlived three prognostications of his death, living much longer than expected and he never wanted to be called a victim of cancer. He actually outlived the fourth prognostication by a few days. He was always grateful for his time, and more so since 2003. All eight of his grandchildren were born after his diagnosis and before his passing -- a blessing he noted many times.
He will be greatly missed.

A Life Celebration will be held at 2 pm, with a Meet and Greet following, on Tuesday, August 5th, at Grace Bible- Creekside. Dress attire is business casual. The recording will be available on the Hillier Funeral Home website beginning the following day.


To order memorial trees or send flowers to the family in memory of Glenn Morton, please visit our flower store.