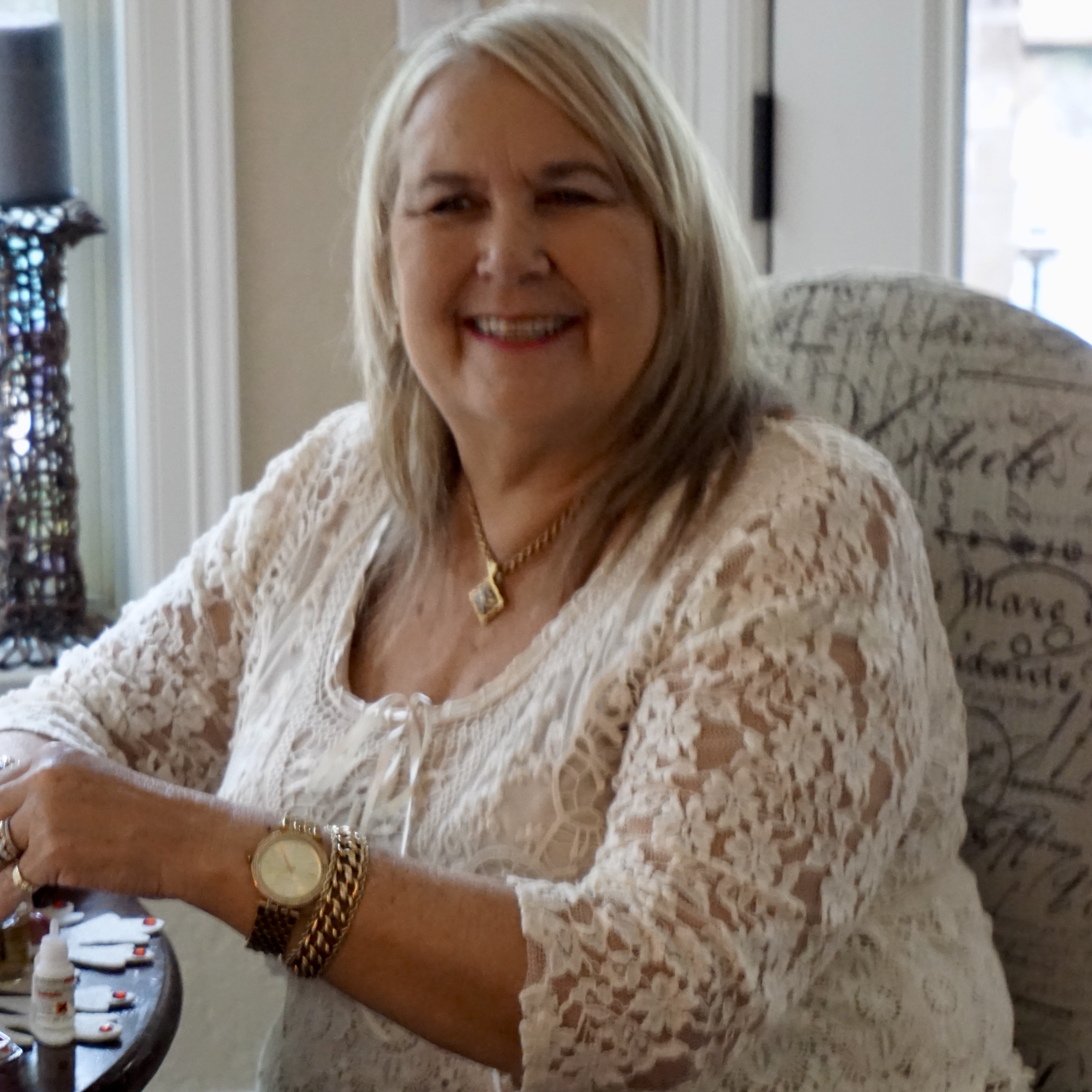 
Gaylyn Buchtler, 65, of College Station, passed away on Thursday, February 18, 2021. A Celebration of Life Gathering will be held from 6-9 pm, on Friday, March 5th, at Hillier of COLLEGE STATION.

Gaylyn was born on March 5, 1955, in San Antonio, Texas to Lorene Mattiza and Walter Manka. Gaylyn was an energetic child. She was very fond of Annie Oakley. She loved dressing in her cowgirl clothes with a fake gun and pretending to be Annie in her childhood yard. As most free spirits, Gaylyn tested her boundaries as a teen when she decided to venture out in her parents car without permission or a driver's license. The trip ended abruptly when she drove the car off the road and into a ravine. Luckily, she was not hurt thanks to a telephone wire, which pinned the car securely prior to it falling down a steep drop off. Gaylyn had many friends in high school where she attended Richland High School. She has shared many memories of spending time with her friends at the lake when they were on break from school. Gaylyn attended public school in Waco, Texas graduating early per her mother's wishes. When she graduated, she started her college career at Baylor University for one semester. Gaylyn was always looking for an adventure and college was no exception. Gaylyn obtained her Education Degree in three years with Honors despite her transfers to, Texas A&M University, Texas Tech University, and finally, Stephen F. Austin. Most college students would be delayed by changing schools; Gaylyn was too smart and completed her degree despite all of the transfers.

Gaylyn married Harold Richard Buchtler Jr. in September of 1976, in Waco Texas. Gaylyn met Richard through mutual friends at SFA, where they dated for a mere two months before he proposed. Their marriage was a testament of love and friendship. They were natural partners in life, and spent every minute of their lives together, and raised two boys together. The greatest days of her life were when she married the love of her life, Richard, followed by the birth of her boys, Sean and Brandon.

Gaylyn served as a beloved teacher to middle school aged kids for twenty years. She began her career in Pearland, Texas, where she taught third grade for three years. When her husband was asked to relocate with his company to Saudi Arabia, she agreed and they moved their family. During her time overseas, she taught sixth grade at the American Consulate. After three years overseas, the family returned to College Station, Texas, where she continued to teach for various school districts in the Brazos Valley. Gaylyn was a dedicated teacher and often would become personally vested in the success of her students. She genuinely cared about their development academically and personally. She would often make house calls to the home of her students to ensure that they turned in their homework assignments on time. She would make special trips to meet with parents of her students to ensure they were receiving adequate support at home to achieve success in learning. Her students lovingly called her Mrs. B, and would seek her for advice many years after they were in her class. Her popularity with her students was evident when you spent time in public with her. You could not go anywhere in College Station without meeting a former student who would stop to chat with her. Her husband, Richard, shared stories of students referring to him as Mrs. Buchtler's Husband and never Mr. Buchtler as she was so admired by her students.
Gaylyn was a devout Christian, growing up in the Lutheran Church where her father served as music
Gaylyn was a devout Christian, growing up in the Lutheran Church where her father served as music director. When her family moved to College Station they were active members of Peace Lutheran Church, where their sons were confirmed and served as altar boys.
Gaylyn had a special companionship with all animals. She had many pets throughout her life as they gave her great joy. She was known to love animals as much as she loved people. Animals were attracted to every home she lived in. When she encountered an animal she would feed it and before we knew it they were adopted by her. She would do anything for an animal in need.

Gaylyn would bond with people instantly with her charm and fun personality. She made lifelong friendships with numerous people over the years. A casual meeting with a stranger would turn into a full blown friendship. You could never take a quick trip to any establishment if you were with Gaylyn. She honestly never met a stranger, and would start up conversations with anyone anywhere. If you were running errands with her, you would always return with a great story about something funny that occurred. She was a breath of fresh air that loved to meet people and would always find something positive about anyone.
Gaylyn led by example and built a legacy for the loved ones left behind. There were many important values that she taught her sons and grandchildren as they grew up. She was admired by them all. She taught her them that presentation is important by always having a beautiful presentation. At every gathering she hosted the table was impeccably set with fine China and Linens. The tradition started with her mother and continued with Gaylyn. She would often say, even if you're not good at something, you're going to look good doing it! Gaylyn was always patient and treated everyone with kindness. Gaylyn taught her family to never sweat the small stuff and extend grace to others as you are never certain what others are going thru. Family is always first with Gaylyn. Gatherings and celebrations with family members are considered mandatory and never missed. She taught her sons the importance of family and how they will always be in your life to support you along the way no matter what!
Gaylyn has always been the life of the party. She will be remembered as fun and always welcomeing people with open arms. Anyone who had the chance to share time with Gaylyn would tell you that she is genuinely one of a kind. There was an aura about her that was free-spirited and ready for anything that came her way. Everyone who met her, either one-on-one or at a gathering, would tell you that they had a blast spending time with her and likely have memories of the laughter they shared. Gaylyn was a loyal friend and would go above and beyond to take care of friends and their loved ones. She was known as someone that would do her best to fix people's problems and make things better if she could. Gaylyn was selfless and would never ask for anything in return for her generosity and undying loyalty. Her level of compassion for others was uncanny and she would always listen to a friend in need.

Her sons will remember her as the heartbeat of their family. Sean and Brandon were her everything. She was the "best" mom a son could ever hope for. She was known by all of their friends as "Moma Buke" and was always invited to socialize with the kids because they loved having her around. If you ask her boys what kind of mom she was they would tell you that she was perfect. Gaylyn shared a very special bond with her two sons; they were always together having fun and cutting up. Most teenage boys would not choose to spend evenings with their Mothers, not her boys. There were many weekend nights that they would choose to stay home and hang out with her over going out with friends. When you were with her things were better and you were sure to have a good time laughing and joking nonstop. They loved her and will continue to love her with all of their hearts.
Gaylyn will be missed dearly by many, including her loving husband, Harold Richard Buchtler Jr.; her children and their spouses, Sean Richard Buchtler and Ashli, and Brandon Lee Buchtler and Kristin; her grandchildren Teagan Buchtler, Kinsley Buchtler and Braxton Buchtler and her furry family members, Bella and Lady.

She will be reunited joyously by her parents, Walter and Lorene Manka; mother-in-law and father-in-law, Pallie and Harold Buchtler; lifelong friend, Blanca Reyes, Kendal Baker Gunther; and her many furry friends, Fluffy, Cade, Mary Jane, Tina, Maggie (The Beagle) and multiple cats, turtles, birds, and rabbits.

In lieu of flowers please consider donating to Aggieland Human Society in honor of Gaylyn Buchtler at https://aggielandhumane.org/

You never said I'm leaving
You never said Goodbye
You were gone before we knew it and
Only GOD knows why.
In life I loved you dearly
In death I love you still
In my heart I hold a place
That only you can fill.
It broke my heart to lose you
But you didn't go alone
A part of me went with you
The day GOD took you home.
-Richard Buchtler-


To order memorial trees or send flowers to the family in memory of Gaylyn Buchtler, please visit our flower store.