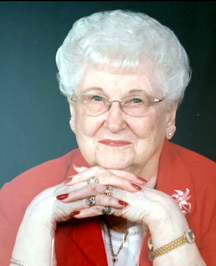 
Frauline "Flo" Mary Putz Sims was born on October 20, 1918, in Bryan, Texas. She was born to Edward S. Putz and Fannie Luza Putz. She was the Fourth born of their seven children. Her parents were sugar cane farmers in Brazos County. Her siblings include Adolph Putz, Lee Putz, Bill Putz, Pauline Putz and Sylvia Putz. She graduated from high school in what would later become A&M Consolidated High School. Growing up, she worked on her family farm alongside her brothers and sisters, and then later she would work at the Texas A&M University Laundry until she was 22 years old when she enlisted into the United States Army. Flo received the rank of Private First Class, of the First WAC Company. While stationed at Fort Polk, Flo had her first training of driving for the Army. By 1943, Flo had finished her motor transport training and was then stationed in Newport News, Virginia. She marched, she married, and unknowingly for a time, she worked on the Invasion of Normandy while she was there. In 1944, with WWII nearing an end, she was up for Sergeant, however she chose to the leave the service, receiving an honorable discharge. After she left the service, she gave birth to her first and only child, Linda June Sims. She married the love of her life, J.W. "Bill" Sims, in June of 1951, and they settled down in College Station, Texas, with their daughter Linda.

Flo obtained her cosmetology license and opened her own beauty shop called "Flo's Beauty Shop" in what is now the Northgate District, of College Station, a business she ran for 25 years. Flo and Bill became actively involved in The Order of Eastern Star and The Masonic Lodge of Brazos County. During their time with these organizations, they became big supporters of the Shriners Children's Hospital and were faithful members of Hillcrest Baptist Church in Bryan. As avid Aggie football fans, they became season ticket holders and enjoyed many games together right up until Bill's passing in 1996.

Flo was known for her green thumb, being the envy of her friends and family as she could effortlessly maintain and grow such a beautiful garden. She was also known to be a social butterfly, never having met a stranger. She played cards with her friends, she chaperoned youth events at Hillcrest and volunteered throughout the community, always bringing along her homemade pecan pies and peanut butter cookies that she was famous for. After 25 years of running her beauty shop, she began volunteering at Crestview Nursing Home due to the urging of her faithful clients. She faithfully continued doing hair every Wednesday for 30 years, retiring at the age of 89. Just as important to caring for others, was getting her own hair done. She made sure it was fixed every week and she was 'lovingly particular' about how it was done.

Most important to her was being a grandmother. God had blessed her with four grandchildren and 19 great grandchildren and they were the light of her life. She never let them doubt that, and enjoyed loving on them. She was their Mema and was a very active part of their upbringing. She was loved by everyone who knew her, and she left a legacy of love.

She is preceded in death by her husband, her parents, all of her siblings as well as her son-in-law, Dan Bates. She is survived by her daughter, Linda June Bates; her four grandchildren and their spouses, Dana Bates Hart, Keri and Mitch Isbell, Jeff and Stephenie Bates, and Lisa and Billy Bradshaw; 19 great-grandchildren, 17 great-great-grandchildren as well as numerous nieces and nephews.


To order memorial trees or send flowers to the family in memory of Frauline "Flo" Sims, please visit our flower store.