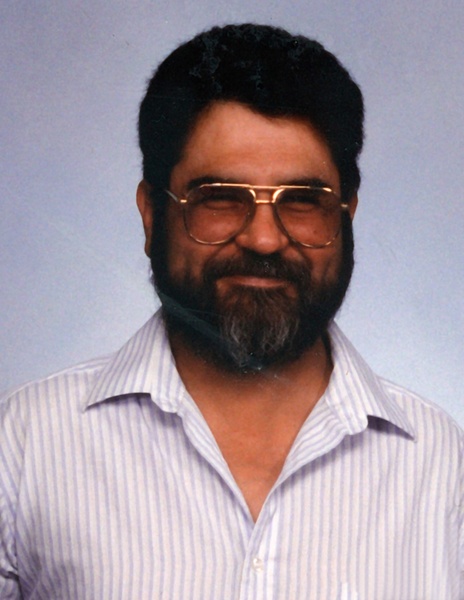 
Frank T. Hernandez was retrieved by two tiny angels on December 17, 2021, escorting him to a gathering of old friends and cherished family. He was 69 years old. Born in San Angelo on October 21, 1952, he grew up running track and playing football, which helped start his lifelong love of the Dallas Cowboys. Frank learned the ins and outs of cars from his father, a Truck Driver.

After the death of his father in his teens, he was determined to help his family any way he could. After finishing High School in the 1970's, Frank went straight into automotive school. Afterward finding work as a mechanic for numerous different companies through the years. Even starting a shop of his very own.

In the mid 1970's, he would meet his wife, Mary Jane Lopez, get married, and start a family of his own. Family and fatherhood being very important to Frank, he put a lot of time, blood, sweat, and tears into trying to be the best man and dad that he could be. Trying hard and sometimes failing, he and his wife tried hard to make special memories along the way.

After having his first son in the 70's, his run of luck was not as good in the 80's. Having twin sons that had several complications after they were born. Still the twins having the Hernandez fighting spirit, while they fought to live, he was with them as much as he and his wife could be. However, in the end life is hard and the twins passing nearly broke him and his family.

However, through grit, determination, and love, the family continued on until in 1983 his final child was born. The dreams of his children being the most important to him, he made sure that they had everything that they needed and wished that he could give them everything that they wanted.

However, in the mid 90's bad life choices got the better of him and his marriage and family dissolved.

Frank moved to Louisiana for a while before ending up back in San Angelo. Where he would ultimately have a stroke that would end up being the beginning of a long road to the end.

Frank is survived by his son, Francisco C. Hernandez and his fiancé Megan Martinez and their children Jacob Olen Malaer and Logan Andrew Hernandez; his daughter Victoria Hernandez; his Sister Romelia Montez; and numerous beloved nieces and nephews.

To order memorial trees or send flowers to the family in memory of Frank Hernandez Jr., please visit our flower store.