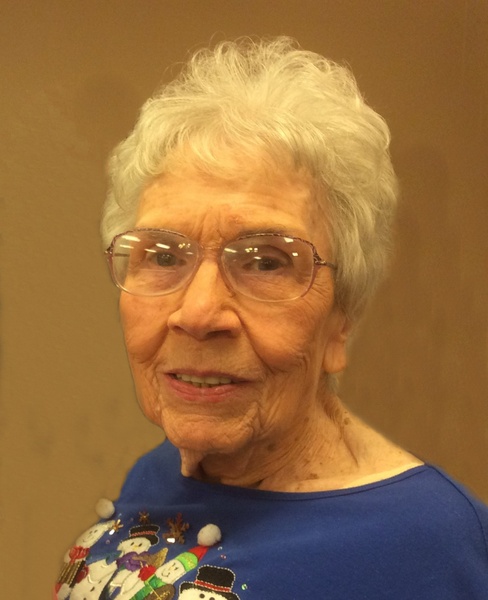 
Surrounded by loved ones, Frances Alberta Arnold, 92, of Bryan, went to be with her Lord and Savior this past Saturday.
Born on June 18, 1927, Frances was the youngest of six children born to Bessie Belle Sherrod and Albert Aaron Lackey, Sr. in Sour Lake, TX. Frances graduated from Stephen F. Austin High School in 1944 and attended business school shortly thereafter.
She was married to Frank Burke Watson, Jr. of Houston in 1946. They were married for nine years and had three children. After his unexpected death, Frances went on to marry Jeff Eldridge "Sonny" Arnold, Jr. of Trinity in 1962. Jeff and Frances were married for 53 years before he passed away in February of 2015.

Professionally, Frances worked as a secretary for more than 30 years. Most of those years were spent working in the Department of Civil Engineering at Rice University and the Department of Electrical Engineering at Texas A&M University. Professors and students, alike, enjoyed her swift typing ability, joyful spirit and solid work ethic. Frances enjoyed gardening, crocheting, cooking and baking. She was famous amongst her family for whipping up a delicious Thanksgiving meal. Frances was very active in the church throughout her lifetime as well.

Undoubtedly, Frances loved her family. She is survived by her three children Barbara L. Pawley and husband George of Hilltop Lakes, TX; Richard B. Watson and wife Connie of Bossier City, LA; and Julie A. Whetstone and husband Chuck of Oklahoma City, OK. She was a devoted grandmother to 7 grandchildren, 16 great grandchildren and 4 great, great grandchildren.

To celebrate her life, a Visitation will be Monday, July 29 from 5-8 p.m. with a Service on Tuesday, July 30 at 10 a.m., both at the Hillier Funeral Home in College Station. At 2 p.m., Frances will be laid to rest alongside her husband Jeff during a Graveside Service at Memorial Oaks Cemetery in Houston.

To order memorial trees or send flowers to the family in memory of Frances Arnold, please visit our flower store.