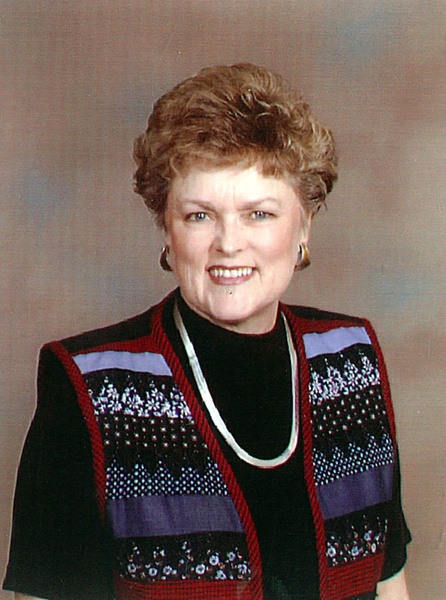 
Florence Ann Batten Richards, of Bedias, Texas, was surrounded by her family when the Lord Jesus Christ came and took her to be with Him on June 5, 2021, at the age of 77.

Florence was born on May 23, 1944, in Bryan, Texas, to her loving parents, Willie Leal Batten and Rosa Annis Rosier Batten, as the third of eight children. As a young girl, Florence loved spending time with friends and family in the Tabor and Edge Community. She was educated in the Bryan school district, and as a freshman at SFA, she was selected to be Queen of Distributive Education. As a 3rd grade student, she fell in love with her soul mate, Doug Richards (a 5th grade student). Florence married Doug, the love of her life, on January 28, 1961, at Cottonwood Baptist Church in Tabor, Texas. They celebrated their 60th wedding anniversary in January.

Jesus was Florence's Lord and savior. She shared His love with everyone she came in contact with through her love, words, and acts of service. Florence said that through her study of the book of John, she came to know the Lord Jesus in a personal way. She thoroughly enjoyed completing the five-year study of God's word through Bible Study Fellowship and serving as a volunteer in the Central Prayer Ministry since 1995. She was a member of Central Baptist Church since 1990. Florence believed in the power of prayer and was a prayer warrior for her entire family, her friends, and her church.

Florence's legacy is her family, whom she loved dearly. Every conversation she had with them ended with her saying, "love you the most." Her selflessness, generosity, sense of humor, compassion, and faithfulness made her the Pillar of the Family. She was a true blessing and a gift from God to all who knew her.


Florence is survived and will be missed by her loving husband, Doug Richards; and her three children, Robin Wiese and husband Terry Wiese, Terri Linn Richards, and Randall Richards and wife Liz Richards; her grandchildren, Chelsea Wiese, and Paden Wiese and wife Paige Wiese; and great-grandson, Jayce William Wiese; by her siblings and siblings in laws; Mary South, Bill and Patricia Batten, Dicky and Carolyn Batten, Pat Sustek Batten, George and Kay Batten, Henry and Jamie Batten, James and Sandy Batten, Deborah and Carty Hicks, Wallace and Debbie Richards, Clem and Lanny Smith, Rusty and Shirley Richards; by many nieces and nephews; and by her "little baby" Bella.

A visitation will be held from 5-8 pm, on Tuesday, June 8th, at Hillier of BRYAN. A celebration of life will begin at 11 am, Wednesday, June 9th, at Central Church of Bryan/College Station. Graveside services will follow at Willowhole Cemetery in North Zulch, Texas.

In lieu of flowers, the family requests that memorial gifts be made to St. Jude's Children's Hospital.

To order memorial trees or send flowers to the family in memory of Florence Richards, please visit our flower store.