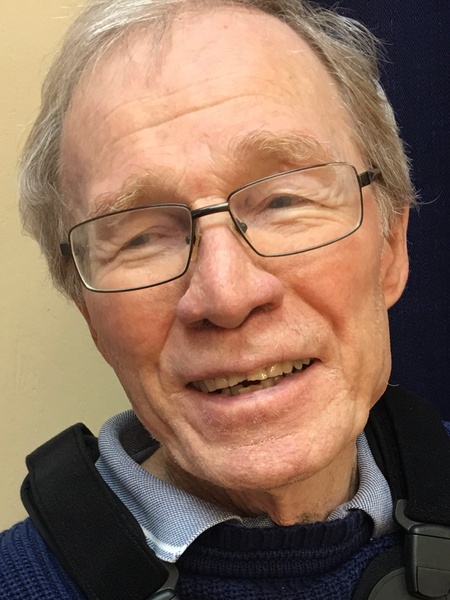 
Frank Joseph "FJ" Catalena, 77, was born to Frances Patranella Catalena and D.D. Catalena in Steele Store, Texas. At a young age, the family moved closer to the Bryan City limits. F.J. attended Bryan elementary schools and graduated from Stephen F. Austin High School in 1961. F.J. graduated from Allen Academy Junior College with an Associate Arts Degree. He received a Bachelor of Arts degree in 1970 and a Master of Education degree in 1974 from Texas A&M University.

F.J. worked as a social studies teacher at Ben Milam Elementary School. He was a manager at the Texas A&M Bookstore, and retired from the Logistics Services at Texas A&M. He especially had a knowledge and love of languages. He was fluent in both Spanish and Italian. His sons called him "the walking dictionary and grammar book."

F.J. married Maria Goodner, of Houston, Texas, in 1969. He and Maria enjoyed travelling to Italy several times before their boys were born. However, their sons, Chris and Mark were the joys of their lives. They enjoyed every aspect of parenthood, from ballparks to piano recitals.

F.J. was preceded in death by his parents, D.D. and Frances Catalena.

In light of the COVID-19 virus, services will be private at Hillier, with live streaming available through F.J.'s tribute page at www.HillierFuneralHome.com.

In lieu of flowers, donations may be made to St. Anthony Catholic Church or St. Joseph Catholic School of Bryan, Texas.

To order memorial trees or send flowers to the family in memory of F.J. Catalena, please visit our flower store.