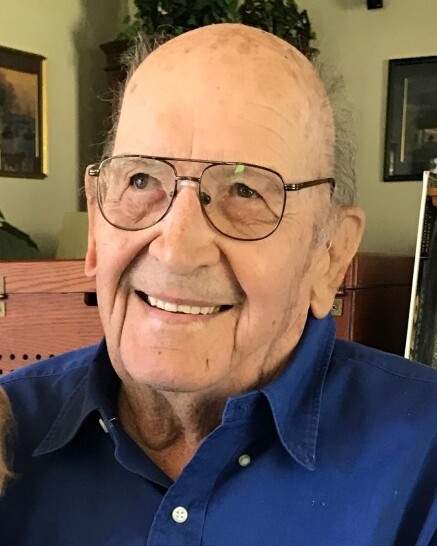 
Eugene Stephen Pavlinski was born on February 2, 1927, in Milwaukee, Wisconsin, to Stephen and Alice Pavlinski. He grew up alongside his younger brother Lawrence Pavlinski on the family farm in Wisconsin.

He finished his formal education up to the 8th grade and learned many life lessons afterwards. Eugene was a dedicated and hardworking man, he was the superintendent of Maintenance at Ford Research and Engineering in Dearborn, Michigan.

Anybody that knew Eugene knew he was loving and devoted family man. He met his 1st wife, Annie, and the mother of his children while he was a soldier stationed in Detroit, Michigan. Upon losing his first wife he was blessed enough to find love again with Marybeth Goad-Pavlinksi. They shared many wonderful years together.

Eugene was reunited in Heaven by Annie Pavlinski and Marybeth Goad-Pavlinski; his parents Stephen and Alice Pavlinski.

To order memorial trees or send flowers to the family in memory of Eugene Stephen Pavlinski, please visit our flower store.