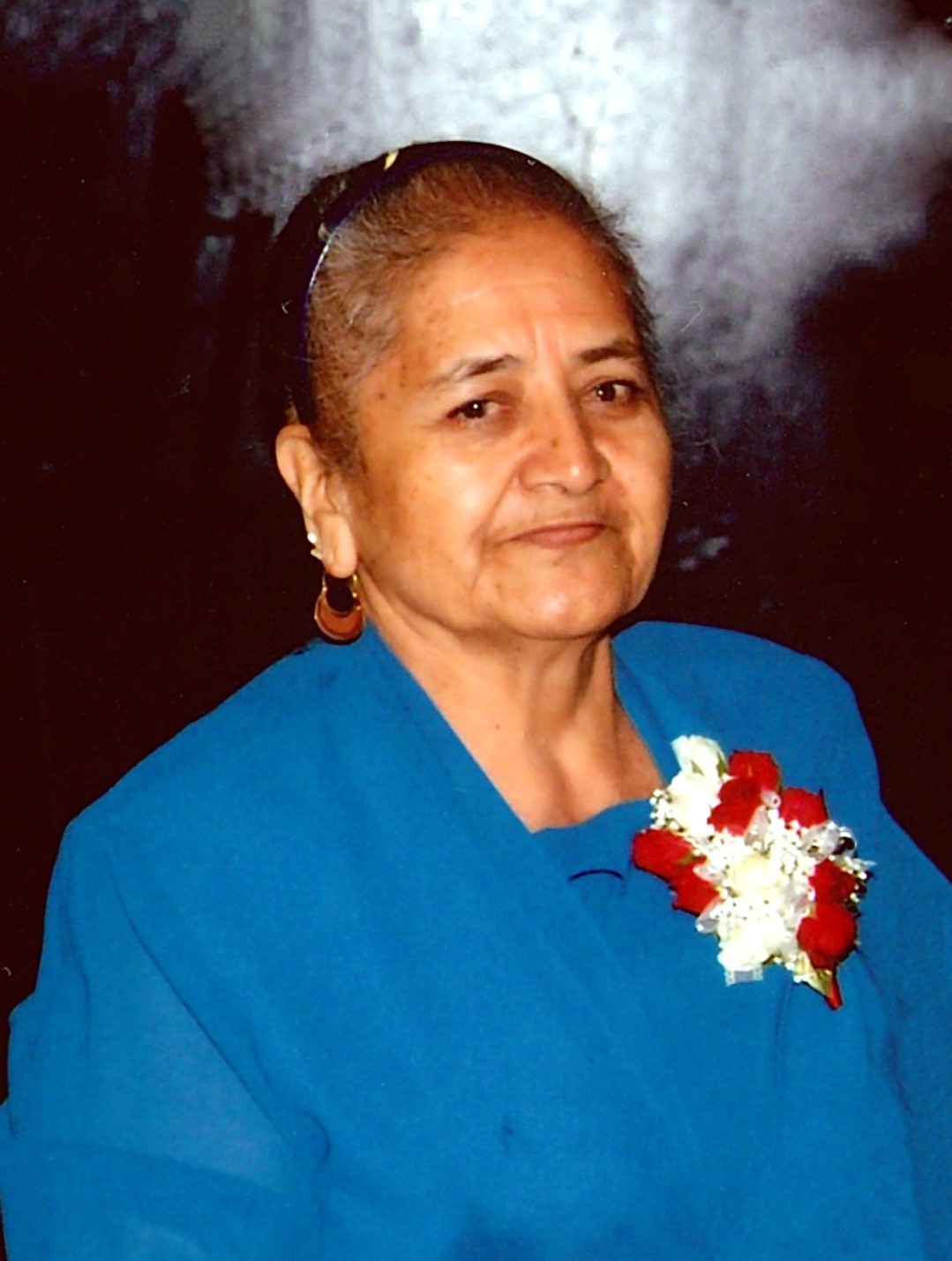 
Esther Mata, of Bryan, left this earth to be with her heavenly Father on Thursday, November 26, 2020. Visitation will be held from 5-8 pm, with a Rosary and Memory Share to begin at 6:30 pm, on Tuesday, December 1st, at Hillier of BRYAN. A Mass of Christian Burial will begin at 11 am, on Wednesday, December 2nd, at Santa Teresa Catholic Church. Graveside services will follow at Mt. Calvary Catholic Cemetery.

Esther, a strong and loving woman, was born in San Luis Potosi, Mexico to her parents, Otilio Martinez and Elena Pina. Esther grew up in San Luis Potosi, but moved to Bryan, Texas, with her daughters in 1993. Esther was proud of her children, Severa, Socorro, Maria Guadelupe, Esther, Maria Elena, Alfonso, Juan, Jose Othon, and Raquel. She raised her children with all of her love, and was a very sweet, caring, and nurturing mother. Her children were the most important aspect of her life, and she dedicated herself to taking care of them and providing the best life for them that she could. She always wanted the best for all of them.

Her children remember her for her beautiful smile. She was always smiling, especially when she was gardening or cooking. She loved family gatherings where she could cook for the entire family! Every time a family member or friend sees a lottery scratch off ticket, they will think of Esther as she loved to get some scratch off tickets!

Esther's family and her faith in God were what mattered most in her life. She held a strong religious faith in God and all saints. She would pray often; morning, afternoon, and night. She dedicated herself to her faith, and taught her children to do the same.

Esther's family would like to thank CHI St. Joseph's staff and Baylor St. Luke's medical staff for all the care and support they gave Esther and our family during this time. They would also like to give a special thanks t Esther's primary care doctor, Jason McKnight, and to the staff at Texas A&M Physicians, Dr. Mays, and colleagues. We appreciate all that you do everyday.

To order memorial trees or send flowers to the family in memory of Esther Mata, please visit our flower store.