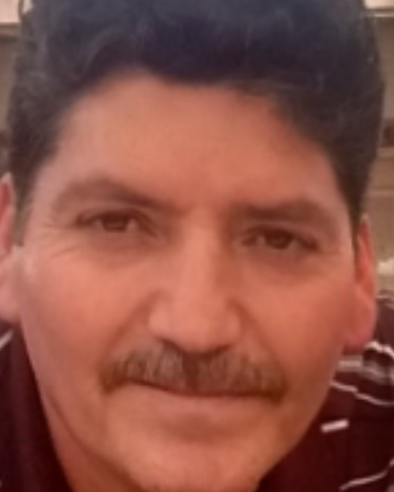 
Emeterio Cabrera passed away on Saturday, May 2, 2020, to be with his Lord and Savior. He will be missed by many friends, family, and loved ones.

Emeterio "Benchley" Cabrera was born on December 23, 1966, to his parents, Antonio Cabrera and Vicenta Mireles, in Guanajuato, Mexico. Emeterio grew up in a big family, with four sisters and three brothers, in the Mexico country lifestyle. Emeterio moved to California when he was 14 years old, and eventually settled in Bryan, Texas.

Emeterio met his wife, Raquelina Cabrera, in Moorpark, California. They married on November 6, 1999, and had three children together, Anahis, Victor, and Yesenia. Emeterio also had four children, Alex, Junior, Anayza, and Ivan, from a previous relationship. He loved his kids with all of his heart, and was an amazing father who tried to provide the best life for his family. Emeterio was the BEST "Mr. Mom!" Because of his illness, he was a stay-at-home Dad, and loved every minute of it! Family was the most important thing to Emeterio.

Emeterio enjoyed being outside and tending to his garden. He also loved traveling, never missing an opportunity to take his family on a trip. He loved going to California, and stopping in New Mexico on the way! Emeterio was proud to be catholic and showed his kids the value of having a religion. Very outgoing, Emeterio was always helping others. He always helped out wherever anyone needed him!

Emeterio was a very compassionate, giving, and loving man, and an amazing son, brother, husband, father, brother-in-law, and friend.

Emeterio always saw his kids as his Angels,
But now he became ours.

To order memorial trees or send flowers to the family in memory of Emeterio “Benchley” Cabrera, please visit our flower store.