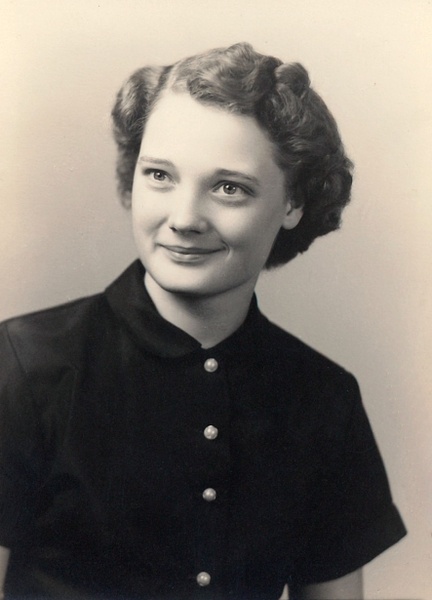 
Edna Lee (Holland) Irick left her earthly home in Edge, Texas, on March 13, 2020. Edna was born to Emmett and Hazel Holland on September 7, 1934, at Bryan Hospital in Bryan, Texas. She was raised in northeastern Brazos County in the community of Edge until she contracted tuberculosis. Having lost both her mother and father, on the day of her father's burial (at the age of 9) she was taken to Sanatorium, Texas (near San Angelo), where for the next 13 months she received treatment. At that time, Edna went to Enid, Oklahoma, to live with her maternal grandmother. She graduated with honors from Gore High School and later graduated from Oklahoma A&M College in Stillwater, Oklahoma (now Oklahoma State University) with a degree in Business Education. At college she met the love of her life, Edgar Jack Irick, marrying in 1954. Upon their graduation from Oklahoma A&M in the spring of 1957, Jack and Edna returned to Edge to Edna's homeplace where together they built a successful dairy business which they owned and operated for over 20 years while expanding the ranching operation. In 1977, Jack began pumping oil wells and Edna keeping the books. Eventually this became Kurten Operating Company, pumping and servicing oil wells in Brazos and surrounding counties. Edna did all the bookkeeping for the ranch, dairy, and oil field service company (which was a considerable job without computers). She continued to manage the books for the ranch until shortly before she died. Truly, Jack & Edna were partners in all their endeavors, including raising three children.

In the early years of their marriage they were active members of Alexander Methodist Church, transferring their membership to First United Methodist Church in Bryan around 1967. Together they were involved with Young Farmers and Producers Coop. They were instrumental in getting phone service to Edge and also helped with the start of Wickson Creek Special Utility District.

Edna Lee was a very smart, kind, and wise woman. Her thoughts, her quick wit and her sense of humor will be remembered by all who knew her. Her ability to always have a delicious meal at the ready was well-known and much appreciated by all. Edna always gave sage advice which inevitably proved to be correct. She worked hard her entire life and never, ever was not being productive at something.

"Jack and Edna" are once again a pair in Heaven. She has also been reunited with others who preceded her in death, among those her parents Emmett and Hazel Holland, her brother Emmett Milton Holland, and her oldest daughter Judy Greer. Her Heavenly reception was no doubt very joyful as she surely had been missed by them all.

The family that is left here to treasure the special relationship they each had with Edna includes their daughter Judy Greer's husband, Hal, and their children - Ian Greer and his wife Kristin, Holland (Hollie) Greer, and Tad Greer; daughter, Vicki Ward and her son Matt Ward; son, Justin Irick and his wife, Monica, and their sons Jordan Irick (fiancé, Callie Jacks) and Chance Irick (girlfriend, Katelynn Isbell). Edna was blessed with two great-grandchildren, Ethan Garner and Adalyn (Adi) Greer. Edna also leaves behind to cherish their special memories her sister-in-law, Emma Lou Irick; brother-in-law, James Irick; sister-in-law and brother-in-law, Joyce & Johnny Williams, along with many nieces and nephews and friends. All look forward to the day they will see Edna again in Heaven.

For the safety and health of all, the family has opted to have a private visitation. A graveside service will be held at House Cemetery at 11 am on Wednesday, March 18, 2020, following a Celebration of Life at Hillier Funeral Home. Although Wednesday services will be open to all, please know the family understands fully if people choose not to attend.

The family wishes to thank Hospice Brazos Valley and, in particular, her nurse, Dinah, for the wonderful care these past months.

In lieu of flowers, the family would ask that you make a donation to Hospice Brazos Valley or to a charity of your choice in her honor.

To order memorial trees or send flowers to the family in memory of Edna Irick, please visit our flower store.