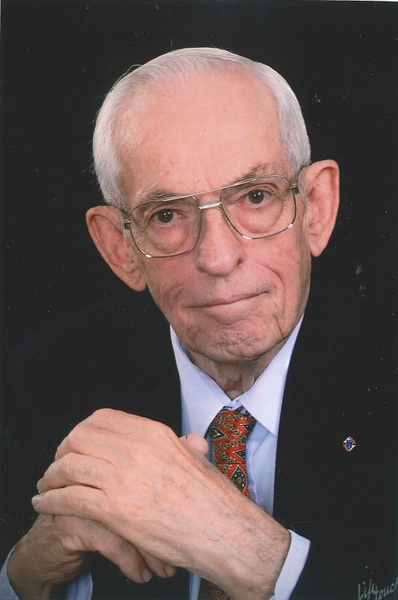 Edmund W. Lusas, age 89, passed away on February 3, 2021. He was born in Connecticut to parents who emigrated separately from Lithuania and found each other in this country.

It was at the University of Wisconsin where he met a French-speaking immigrant from Belgium, Jeannine. He wooed her by introducing her to a new treat: the strawberry ice cream sundae, which Jeannine had never had before meeting Ed. Sharing ice cream Sundaes became a common date activity for the two. Ed and Jeannine were both graduate students in Wisconsin and Ed spent much time in the lab working on research projects involving beets. When Jeannine thought she was being helpful by washing all of his lab equipment, including important but unimpressive-looking beet juice samples that were under active study, Ed knew it must be love because he recognized the good intent. The erasure of his extensive beet research efforts by Jeannine's well-meaning act did not create any rift between them.

Ed and Jeannine married in Wisconsin in 1957 and raised a family together in northern Illinois. The neighbors in their small town were truly wonderful. They all treated the neighborhood kids as one big extended family. The neighbors knew Ed for his vast vegetable gardens and for his dedication to fishing. He enjoyed family walks around the neighborhood after dinner and annual family trips to Lake Owen in Wisconsin. Ed and Jeannine could not have chosen a better place to raise their family.

In 1977, after many years at work at the Quaker Oats Company, Ed joined Texas A&M University. Before his retirement in 1997, he served in various capacities at the Food Protein Research and Development Center including as Associate Director, Director, and Research Scientist. He was a Professor of Food Science and Technology in the Soil and Crop Sciences Department and often organized seminars to which people from all over the world came.

Upon moving to Bryan, he put aside his efforts at gardening vegetables but planted many rose bushes for Jeannine to enjoy from the breakfast table window. He also installed a hummingbird feeder for her to enjoy as well as a bird feeder, but was never quite able to outsmart the squirrels. They had a way of getting to the bird feeder even after Ed tried numerous ways to put up seemingly ingenious contraptions. Ed and Jeannine were members of St Joseph Catholic Church from 1977 until they moved to Fort Worth in 2015. Ed was a member of the Knights of Columbus at St. Joseph in Bryan and was especially enthusiastic about their annual fishing tournament. While in Bryan, Ed and Jeannine became good friends with neighbors John and Mona. John's kind, capable, and patient assistance in later years made it possible for Ed and Jeannine to live in their beautiful home in Bryan well into their 80's before moving to Fort Worth. Ed especially treasured his close friendship with John.

Ed was a prolific author in his area of expertise and traveled the world to assist in solving food science and food technology issues in various nations. Whenever his wife could join him on his travels, they went together. He regaled his family with stories of travel to many nations, including much of Europe, South America, the Mid-east, and Asia, as well as Canada and Mexico, and other parts of the world. As a result, he made friends and professional contact with people across the world. When he retired from A&M, friends from out of the country came to the retirement ceremony to wish him well.

Ed was very talented at fixing things around the house, building things, and had a tool collection that was quite impressive. He was brilliant and had a way of telling stories and answering questions in extremely specific, lengthy detail. Ed enjoyed holidays with family and delighted in the younger generation. He was proud of his family and loved them, and they were proud of him and loved him as well.

Ed was preceded in death by his beloved wife, Jeannine. He is survived by their three children, Dan (Jill), Ann, and Paul; grandsons Charlie (Chelsy) and Thomas (Katie); granddaughter, Tiffany (James); great-granddaughter, Blake; and great-grandson, Damon.

The family wishes to express their admiration and sincere gratitude to the wonderful staff at The Stayton at Museum Way and Hospice Plus. Private services for family have taken place.


To order memorial trees or send flowers to the family in memory of Edmund Lusas, please visit our flower store.