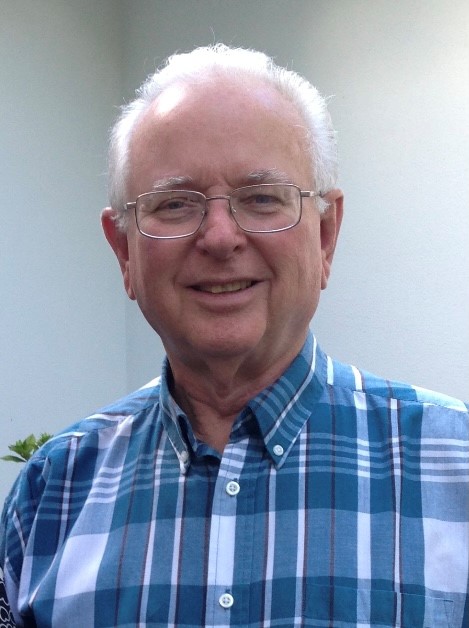 
Duane Vernon Bell, of College Station, Texas (formerly of McAllen), passed away at the age of 81 in Bryan on December 11, 2020. Duane was born June 17, 1939 to Everett Roy and Irene Mae (Ullrich) Bell in Mission, Texas.

Duane grew up in McAllen and attended McAllen High School where he was active in the band, playing the baritone. His senior year, Duane, his mother, step-father, and younger brother, Bill, moved to Corpus Christi. Duane graduated from W.B. Ray High School in 1957, but he always considered himself a McAllen Bulldog and went on to attend high school reunions with his McAllen classmates. While at W.B. Ray, Duane met Sandra Crisp. The two dated for several years and married May 12, 1961 and soon began their family.

Duane attended Texas A&I College in Kingsville and studied engineering. After college, the Bells moved to San Antonio where Duane was employed with Goodyear Tires. A move to Bellaire in Houston followed and he was employed by Star Engraving. In 1968 the Bells returned to the Rio Grande Valley. Duane joined the family business of farming with his father, Everett, and older brother, Jerry. Bell Farms went on to farm in Penitas, McCook and Jim Wells County. Crops included grain, cotton, corn, peanuts and watermelons.

In the 1990s, Duane and Jerry, began developing sections of their farm land into residential neighborhoods in the newly incorporated City of Penitas. Commercial developments followed and continue to this day. Bell Farms has been an integral part of the growth of Penitas - through development, services, homes and jobs. Guided by niece Jeannette & John Womack and nephew Bob Bell, Bell Farms has thrived during the last two decades. Their support and love for Uncle Duane, the family and the business is appreciated beyond words.

Duane's lifelong passion was model trains. From a young age, he began collecting trains and shared his love for railroads with his family and friends. Lionel "O" and "HO" gauge trains were his favorite, and he was active with Rio Grande Valley Rails for many years. Photography and planes also captured his attention. He was an active lifetime member of the Commemorative Air Force. Family was Duane's ultimate passion. He was always involved with his children's/grandchildren's activities growing up, including FFA, band, dance, football, etc. You could always find him with a still or video camera in his hands capturing the moment and preserving memories.

Family and friends describe Duane as kind, caring, sweet, funny, loving, a role model...he was all of that and so much more. He loved God, his family and his friends. We love you, Dad, and miss you so much. We will carry on and remember you and Grandaddy Bell at family gatherings as we "Pass that Possum!"

A Celebration of Life gathering will be planned for January in the Rio Grande Valley.

To order memorial trees or send flowers to the family in memory of Duane Bell, please visit our flower store.