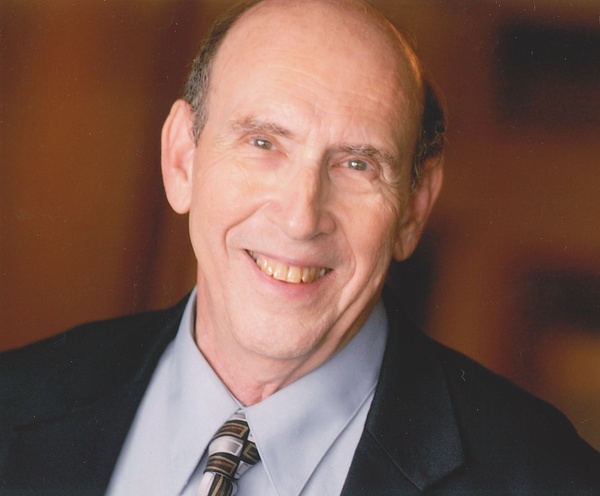 Dr. Stanley Harold Kratchman passed away July 4, 2019, at the age of 78.
Stanley was born June 9, 1941 in Philadelphia, Pennsylvania to Irving Kratchman and Mildred Greitzer. His father worked for a cab company as a cab driver and dispatcher. His mother worked as a clerk in the local department stores in town before retiring to be a homemaker. Growing up with his younger sister Elaine. Stanley played basketball because he was so tall for his age. He even earned the nickname "Tree" as a younger man due to his height. He played many sports and was always playing with the neighborhood kids whenever possible. He played the accordion and worked in a music store as he grew older and got into high school. He even had a band that played at weddings and other local events. After graduating from North East High School in Philadelphia, he received his Bachelor's and Master's degree from Drexel University and his Doctorate from Penn State University.
Stanley met his beloved wife Diana Horn in summer school at Penn State through some mutual friends. After a short time it was clear that this was right for both of them. They had a short engagement before marrying on June 12, 1971 in Bethlehem, Pennsylvania. A funny, caring, and considerate man, his family and friends were definitely the most important things in his life.
Stanley began his teaching career at a business college in Philadelphia. He also taught at Ryder College, Shippensburg University, the University of North Carolina at Greensboro, Texas A&M University, and Blinn College. He has been known as Stan "the man" on his radio show "Big Band Stage Door Canteen" for KAMU-FM. He was a member of the American Accounting Association and was active with the Beta Alpha Psi organization as well. Stanley loved to volunteer his time and energy to any worthy cause, and was always looking for the next thing. He was acting and participating with Brazos Valley Troupe. Stanley was funny with a positive, glass-half-full upbeat outlook on life. He was always someone that people liked and was always friendly, sometimes more than he should be. He was always good for a joke or a good one-liner, loving to make others smile and laugh.
Stanley was preceded in death by his father Irving Kratchman, his mother Mildred Greitzer Kratchman, and his sister Elaine Kratchman Schultz. He is survived by his wife of 48 years, Diana, their daughters Michelle and her husband Francis Garcia of Brooklyn, New York, and Crystal and her husband Aaron Dodson of Kilgore, Texas; his son-in-law Wilburn Charles Luce of Iola, Texas; his grandchildren Chelsy Mistretta, Georgia Mistretta, Avery Luce, Taden Luce, Chloe Ward, Scout Kratchman-Garcia and Fern Kratchman-Garcia; and by his great-grandchildren Bryce Maldonado and Axl Bostwick.
To celebrate Stanley's life, a visitation will be Monday, July 8 from 5-7 at Hillier Funeral Home of Bryan. A celebration of life will be held Tuesday, July 9, 2019 at 10 AM at St. Thomas Episcopal Church, followed by interment at College Station Cemetery. The family would then like to invite friends and family to join them for a time of food and fellowship at St. Thomas Episcopal Church after the graveside service. In lieu of flowers, donations can be made in Stanley's name to KAMU-FM or to Hospice Brazos Valley.

To order memorial trees or send flowers to the family in memory of Dr. Stanley Kratchman, please visit our flower store.