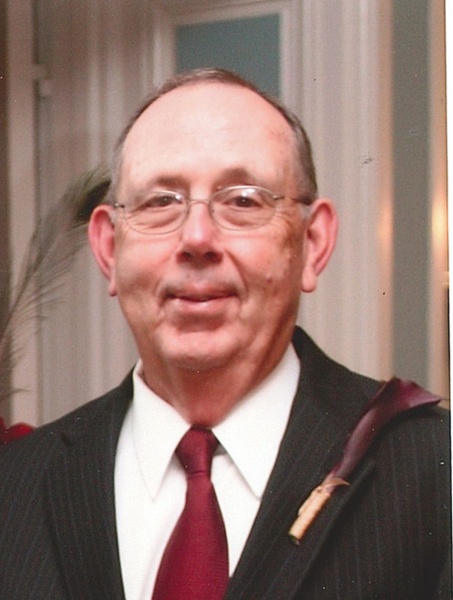 
Michael "Mike" Allen Foster, 74, of College Station, passed away on Wednesday, April 7, 2021. Mike was born September 24 , 1946 in Pratt, Kansas, to his parents, Edward and Anita Foster. He grew up on a small family farm west of Pratt.

Mike graduated from Pratt High School and eventually played football at Pratt Junior College. In 1966, Mike transferred to Texas A&M University and began his lifelong love affair with the university. He graduated with a Bachelor of Science in Range Science from Texas A&M in January 1969.

Mike was drafted into the United States Army in 1969 and eventually rose to the title of Sergeant. He was deployed in Vietnam for 12 months between 1969 and 1970. Mike received an Honorable Discharge from the Army in 1975.

Mike married Sharon Kay Foster in May 1973 in Pratt, Kansas. Mike and Kay made stops in Scottsbluff, Nebraska and eventually Laramie, Wyoming where Mike received a Master's degree in Range Management from the University of Wyoming, Laramie.

Mike and Sharon moved to Vernon, Texas, where Mike took a research associate position with the Texas Agricultural Experiment Service. Their only child, Christopher Allen Foster, was born in Vernon on October 4, 1978.

Mike moved the family to College Station in 1980, where he eventually graduated from Texas A&M University in 1983 with a PhD in Range Science. Upon graduation, Mike took a position as a Research Scientist with the Texas Agricultural Experiment Service to run their station in Fort Stockton, Texas.

Although Mike and Kay only expected to stay in West Texas for one year, they planted roots in Fort Stockton for the next 28 years. Mike established himself as an industry leading expert in the cultivation of arid industrial crops. His research on Guayule and Lesquerella was recognized by multiple peer organizations including the Association for the Advancement of Industrial Crops (AAIC). Mike was awarded the Outstanding Research Award in 2002 and the Anson Ellis Thompson Career Achievement Award in 2011 from AAIC. He received the Texas A&M Vice Chancellor's Award in Excellence in 2009 based on research at his station in Pecos, Texas.

After Mike retired in 2011, he and Kay moved back to College Station to be closer to their son Chris, daughter-in-law Sarah and grandson Max. Mike used his time during retirement to indulge his passions of playing golf and attend Texas A&M sporting events. He was a season ticket holder for football, baseball and both men's and women's basketball.

Mike is preceded in death by his wife Kay. He is survived by his son, Chris, daughter-in-law, Sarah and beloved grandson Max, as well as his brothers, David and Gary Foster, his sister-in-law, Sandy Foster, and numerous nieces and nephews. He also leaves behind many friends who loved him dearly and who he loved dearly, and who affectionately referred to him as "Doc".

Mike's funeral will be held on Monday, April 12, at 10 am at Hillier Funeral Home of College Station. In lieu of flowers, the family would be honored to have donations sent to the Michael J Fox Foundation for Parkinson's research ( https://www.michaeljfox.org/donate) in Mike's name.

To order memorial trees or send flowers to the family in memory of Dr. Michael "Mike" Foster, please visit our flower store.