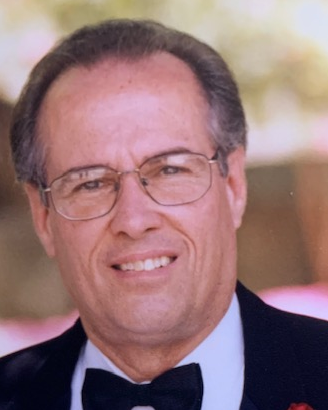 
Joseph (Joe, Jody, Pawpaw) Marshall Horn III was born on August 9th, 1940, to Alma Ruth Manire Horn and Joseph Marshall Horn Jr., in Stillwater, Oklahoma. He passed away peacefully at his home on August 28, 2021. Joe was very athletic and intelligent from the start. He had a stellar high school football career at Stillwater High School, where he graduated in 1958. He then went on to Oklahoma State University where he played football and ran track until an injury ended his career. While at Oklahoma State, he was the freshman class president and a member of Sigma Chi Fraternity.

He graduated from college in 1963, with a B.S. in chemical engineering. He went on to work for DuPont until serving for 2 years in the US Army at Fort Benning and Vietnam. While at Fort Benning he met the love of his life, Joan Lynn Agnew, to which he was married for 56 years.

Joe then went to the University of Minnesota where he graduated with a PhD in Psychology. Joe and Joan had their first child, Thomas Marshall Horn, while in Minnesota. The family then moved to Austin, Texas, where Joe was a professor at the University of Texas. At this time, they had their second child, Karen Lynn Horn. Both children have acknowledged their father for his intelligence, love for his family, and faith in God.

While at UT Joe completed his life's work on adoption studies and published his research in, Heredity and Environment in 300 Adoptive Families, along with colleague and friend, Dr. John Loehlin. Additionally, he was awarded the President's Associated Teaching Excellence Award in 1988.

Joe loved his church, St. Anthony's, and if anyone feels inclined, they can donate at https://saintanthonys.org/e-giving.

A Mass of Christian Burial will begin at Noon, on Friday, September 3rd, at St. Anthony Catholic Church. Graveside service with Final Military Honors will follow at Memorial Cemetery of College Station.

To order memorial trees or send flowers to the family in memory of Dr. Joe Horn, please visit our flower store.