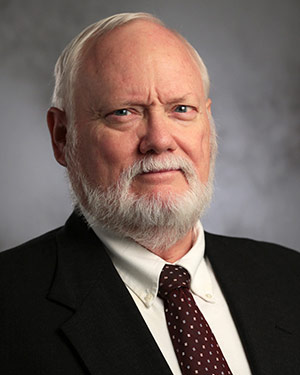 Dr. Jay Morgan passed away June 26, 2019, at the age of 69.
Bryan Jay Morgan was born December 12, 1949 in La Juanita, Colorado to Delbert Fenimore and Bettye (Kingery) Morgan. His entire life was filled with new schools almost every year because his father was in the Air Force. Jay finished John Marshall High School in San Antonio at the ae of 16 and began his freshman year at A&M, joining the Maroon Band class of 1970. He received his Doctorate in Education at Texas A&M in 1987.
Jay and his future wife Marlene Morgan became friends when they were sixteen years old. Jay was at A&M, while Marlene was at Holmes High School. For the next three years, they maintained their friendship. It evolved into a relationship in 1970, and the two were married on June 26, 1971. They were blessed with 48 years and two daughters together. To date, they have five grandchildren. A devout Christian, he was involved with many churches over the years. To him, it didn't matter about the brick and mortar, because God is non-denominational.
Jay was inducted into the Army September 2, 1971, to the Tank Armor Corps, serving overseas during the Cold War in Germany against the Russians 1972-1975. Jay continued in the United States until 1978 and then in the Reserves for eight more years. Serving in the Army and Army Reserves, Jay never lost the military influence. He was always precise in time and date. Jay liked World War II history, statistics, and music. Enjoying strategy and tactics, he loved playing war games. He was an Army video game tester, and was interested in technology and reading. After leaving the Army, he received his doctorate from Texas A&M, and then began working in education as a professor of statistics, dean, Vice President of Administration, and finally as the Director of Statistics and administration for the College of Education. He was passionate about puppies and training animals. He especially loved attending girls' A&M basketball games. He was such a fan that Coach Gary Blair came to visit him three times and has kept in touch with his wife since he has passed. Dr. Jay held onto Blair's book tightly until passing. Jay also enjoyed watching Aggie football games and following the A&M band from the quad to Kyle Field.
A very intelligent man, Jay was very open-minded. If he had "no dog in the fight, then I don't care." A very hard worker, he was a mentor to many. He volunteered with city bands in League City and in College Station as the bass tuba player for more than 20 years. For the last three years, he volunteered on the budget committee at Galveston College. When he wasn't working or volunteering, Jay enjoyed being a master griller and was amazing at making breakfast.
Dr. Morgan leaves behind his wife of 48 years, two daughters, five grandchildren, many cousins, aunts, uncles, nieces and nephews, and many friends. To honor Dr. Morgan's life, his family has planned a life celebration on July 20, 2019 at 3 PM at Hillier Funeral Home of College Station, followed by a celebration reception from 4-7.

To order memorial trees or send flowers to the family in memory of Dr. Jay Morgan, please visit our flower store.