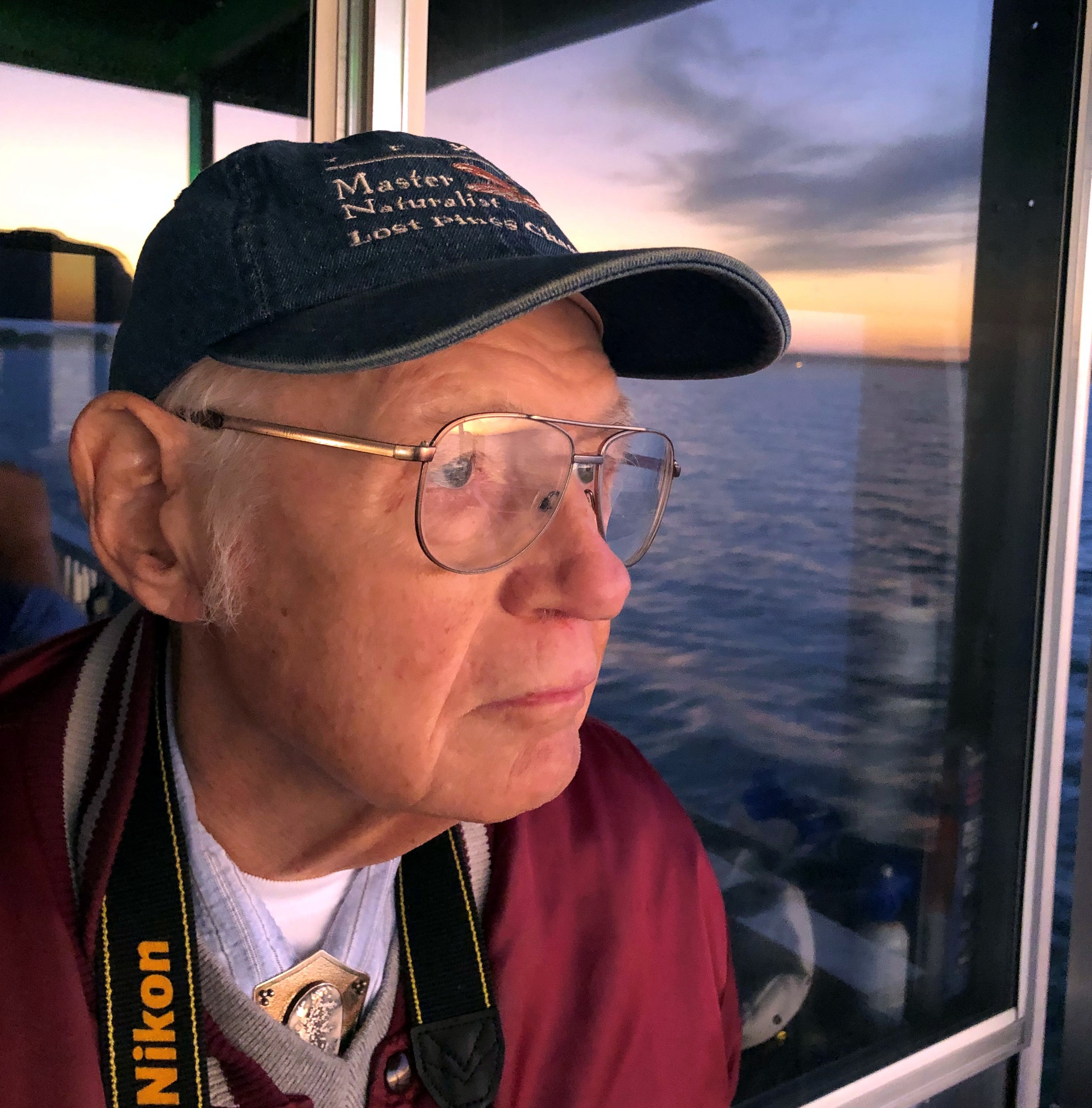 Dr. Christopher Colville Mathewson, PhD., PE., PG., was born August 12th, 1941, in Warren Township, New Jersey, lovingly known as "Chips" at that time. He grew up on a 78 acre tree farm with his parents, George and Elsa, and his younger sisters, Byars and Stephanie. He enjoyed hunting, fishing, and working at the farm. As a young boy he operated equipment from a simple tractor to a 1930's cable-driven backhoe. He learned machine shop work and home repair as he grew through his adolescence. After graduating from high school with "a rip-snorten 2-point-something", as he would say, he left the farm life for Cleveland, Ohio.

Inspired by the notion of developing the farm, he attended Case Institute of Technology in pursuit of a degree in civil engineering. Realizing it was absent from his curriculum, he took a geology class as a liberal arts elective. This was followed by another geology class, and another… and a love for rocks was stirring inside him. After completing his engineering degree, he participated in a summer fellowship about physical oceanography and took a geology cruise of the Hudson River. Clay samples taken from this cruise accompanied him in his journey to Tucson, Arizona, as the inspiration for his Masters of Science thesis in Engineering Geology and the degree he earned in 1965. During this time, he served as a volunteer for the Pima County Sheriff's Department Search and Rescue Team and learned the value of service-to-others when his small group of volunteers found a missing child. Upon completing his Master's degree, he served as a commissioned officer in the National Ocean Survey, achieving the rank of Lieutenant, and charted the Pacific Ocean for hazards. It was there, on a boat in the Pacific Ocean, he met Janet Olmstead. They married in Hawaii in 1968 and stayed for another year. Chris retired from the service and with Janet moved back to Tucson to complete his doctorate in Geological Engineering.

Dr. Mathewson arrived in College Station, Texas, in 1971 as an assistant professor in Engineering Geology and retired as a Regents Professor Emeritus 40 years later in 2011. During these years he dedicated his career to his students, with genuine concern for the value and application of what they were learning but also for their own well-being. For 23 years he served as an academic mentor for the A&M Corps of Cadets, but everyone was welcome to sit with "Dr. Chris." Though not shy to talking, he knew the value of listening.

His professional contributions extended well outside of the University to many professional organizations such as ASBOG, AEG, and GSA. He also enjoyed outreach education to non-professionals, such as demonstrations in grade school classrooms and field trip leadership as an instructor of geology for the Texas Master Naturalist Program. Through almost five decades of service, he earned many honorable awards and titles, including his most proud, the James Hutton Lifetime Service Award from the National Association of State Boards of Geology. He presented over 400 papers, published over 90 technical papers, edited four technical volumes, and authored a geology textbook. Though proud of his publications and recognitions, he found his success in the success of his students and his profession.

His joyous and passionate dedication to service is an example that will live on in all those he taught; family, friends, colleagues, and students. We welcome you to join us together to celebrate his life.

A funeral followed by a celebration of life will begin at 1 pm on Thursday, January 30, 2020, at The A&M United Methodist Church in College Station, Texas.

The family of Christopher Colville Mathewson has asked that donations be made to:

The AEG Texas Section Scholarship Fund supports geologic studies by students at the undergraduate and graduate levels. Recipients of grants must be students enrolled in an accredited Texas college or university, or graduate students enrolled in an accredited university outside Texas but conducting their field studies inside Texas. Awards will be made by the AEG Foundation to outstanding and deserving students based on demonstrated ability, scholarship, potential for contributions to the profession, character, and participation in student/professional societies.

To order memorial trees or send flowers to the family in memory of Dr. Chris Mathewson, please visit our flower store.